If sources are to be believed, Bang Baang is being mounted as a spectacle on a mega-scale, replete with high-octane stunts, mind-blowing chase sequences, state-of-the-art VFX, an underlying mystery and loads of suspense all against the backdrop of a youthful plot

Ekta Kapoor’s Bang Baang – The Sound of Crimes promises to be a mega-scale, youth-oriented, action-thriller web series. The logo poster of the show has just dropped on the auspicious occasion of Ganesh Chaturthi, and going by the first look, it seems that Ekta and the creators will be pulling put all the stops to make this a rip-roaring action extravaganza for the digital space, a medium where most Indian OTT content creators refrain from venturing into the action genre, owing to the huge scale, grandeur, and big budget and conivction that it demands, with the risk on return being extremely high. Also Read - Kareena Kapoor Khan gives a glimpse of her 'special' birthday celebrations and the promise she has made to herself

So, let's see if Ekta Kapoor and her team pull it off. Check out the logo poster below: Also Read - Indian Idol 12's Pawandeep Rajan-Arunita Kanjilal to be a part of Nakuul Mehta-Disha Parmar's Bade Acche Lagte Hain 2? 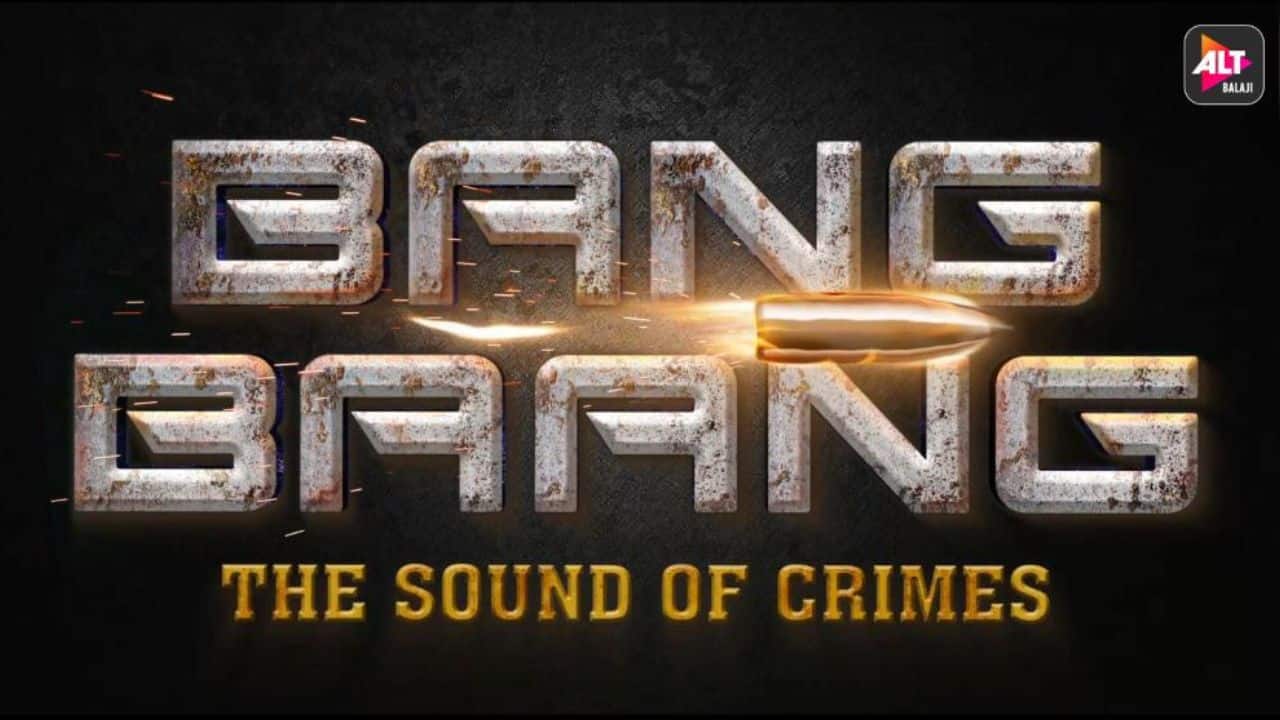 Also Read - Pavitra Rishta 2: Abhidnya Bhave is all praise for Shaheer Sheikh's performance as Manav; says, 'If Sushant would have seen it he would have appreciated Shaheer' [EXCLUSIVE]

In fact, the makers of Bang Baang – The Sound of Crimes, which will be a joint venture of both ALTBalaji and ZEE5, have gone a step further and spread the word in entertainment news circles that their web series is going to be the biggest Indian action-thriller ever to premiere on an OTT platform — a tall claim indeed. It remains to be seen if they can make good on their word.

If sources are to be believed, Bang Baang is being mounted as a spectacle on a mega-scale, replete with high-octane stunts, mind-blowing chase sequences, state-of-the-art VFX, an underlying mystery and loads of suspense all against the backdrop of a youthful plot. In short, the makers are leaving no stone unturned to live up to their promise. Then again, the proof of the pudding is in the eating of it as there's known to be many a slip between the cup and the lip. So, it's best to wait and watch what the final outcome will be. Produced by Akshay BP Singh and directed by Abhishek Kapur, Bang Baang – The Sound of Crimes is scheduled to go on floors soon, and the hunt for the lead cast is currently underway.