Before KGF 2, check out superhit Yash movies like Rocky, Rajadhani, Santhu Straight Forward and more on ZEE5, Sony LIV and other OTT platforms

If you're among the unlucky lot who couldn't get tickets to KGF 2 on day 1, then you've landed at the right place as we've decided to take a trip down memory with the best Yash movies that can be binge-watched right now on OTT platforms 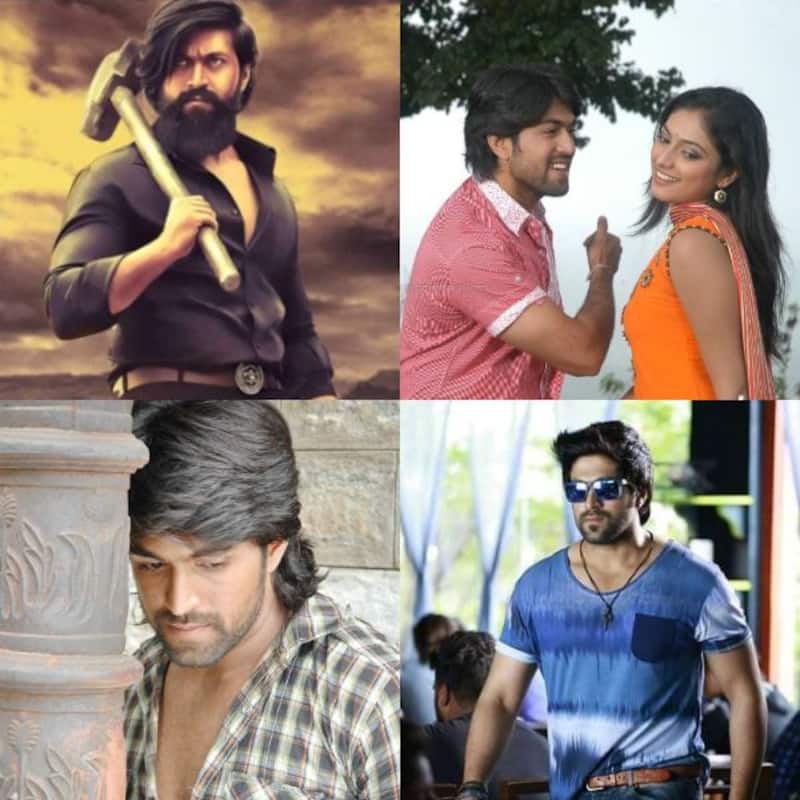 The madness of KGF 2 amongst the audience has been burgeoning ever since the trailer has been launched. Moreover, the fandom of Rocking star Yash has ignited excitement among the audience like few films in Indian cinema before it have be they may be from any language. The anticipation has risen to the levels of the pre-release buzz of Baahubali 2. In fact, it's being widely reported that KGF Chapter 2 is likely to take an earth-shattering opening in every territory across the globe where it opens. Also Read - Ranbir Kapoor’s Shamshera, John Abraham-Arjun Kapoor’s Ek Villain Returns and more BIGGIES that are set to entertain the audience in July 2022

The Hindi market alone is set to bring in anywhere between ₹35-40 crore nett while the overall India and overseas collection likely to take the movie beyond a ₹150-160 crore gross on day 1. Reports suggest that the advance booking sales in India has crossed ₹21 crore with over a day still to go for its release. To that effect, most of the shows on day 1 are already housefull. So, if you're among the unlucky lot who couldn't get tickets to KGF 2 on its opening day or would just rather wait till ticket rates drop after the first weekend, but still need your quota of Rocky Bhai, then you've landed at the right place. Also Read - Shehnaaz Gill's video writing Sidharth Shukla's name while signing an autograph is breaking the internet [Watch]

We've decided to take a trip down memory with the best Yash movies that can be binge-watched right now on OTT platforms like ZEE5, Sony LIV and others. Check them out below:

The movie that gave Yash his moniker of 'Rocking Star'. This one is all masala and all Yash. Also Read - Adipurush: Prabhas and Kriti Sanon's chemistry to be the highlight of the film? [Deets Inside]

A fairytale romance, set against the backdrop of all the element that make a commercial movie click in India.

A hardcore crime movie, this one offers something different for Yash fans looking for a bit of variety.

Yash plays a cop who goes undercover in this no-frills action movie.

Another out-an-mass entertainer from Rocking Star Yash for his fan, and also another of his biggest hits.

Releasing nationwide on 14the April 2022, in Kannada, Telugu, Hindi, Tamil and Malayalam, K.G.F.: Chapter 2 is produced by Vijay Kiragandur, under the Hombale Films banner. One of the emerging pan-India production houses, Hombale Films is set to showcase some of the biggest films in Indian cinema over the next two years, including the much-awaited film ‘Salaar’ starring Prabhas. Written and directed by Prashanth Neel, KGF Chapter 2 stars Yash, Sanjay Dutt, Raveena Tandon and Srinidhi Shetty. Like the first part, KGF 2 is once again being presented in the North by Farhan Akhtar and Ritesh Sidhwani's Excel Entertainment along with Anil Thadani's AA Films.