Collar Bomb: Jimmy Sheirgill is in a race against time to stop an evil mastermind in this upcoming OTT film on Disney+ Hotstar

Featuring an ensemble cast of talented actors, which includes Asha Negi and Rajshri Deshpande amongst others, Collar Bomb has been directed by Dnyanesh Zoting and written by Nikhil Nair

It’s a race against time as Jimmy Shergill takes on the role of a police officer in upcoming crime-thriller movie titled Collar Bomb. The plot revolves around a ticking bomb that takes control of a quaint town, which is when officer Manoj Hesi (Jimmy Shergill) sets out to catch the evil mastermind as he tries to saves hundreds of innocent lives. Featuring an ensemble cast of talented actors, which includes Asha Negi and Rajshri Deshpande amongst others, the film has been directed by Dnyanesh Zoting and written by Nikhil Nair. Also Read - Nia Sharma, Mayuri Deshmukh and more: THESE TV beauties are ruling the small screen with their charming 'dusky look' – view pics

Known for his riveting, versatile character-performances such as the lovelorn Raja Awasthi, the hinterland best friend Rudra Tripathi, urban best friend Mihir as well as Victor, the reason behind the iconic jaadu ki jhappi – Jimmy Sheirgill is set to thrill the audience yet again in Collar Bomb. Taking the lead once again as the complex and seasoned cop SHO Manoj Hesi in the intense crime thriller, Jimmy Sheirgill is tasked with protecting the lives of innocent students in the film. This time, Jimmy is thrown into chaos as he is forced to commit a series of heinous crimes before a suicide bomber is set to blow up a school. Also Read - Collar Bomb: Jimmy Sheirgill opens up on the possibility of a sequel to his thriller; says, 'Anything can happen' [EXCLUSIVE VIDEO]

Produced by Yoodlee Films and 3 Earth Entertainment, Collar Bomb releases on 9th July 2021 exclusively on Disney+ Hotstar. Check out the first looks poster of the Jimmy Shergill, Asha Negi and Rajshri Deshpande starrer below: Also Read - Collar Bomb movie review: Jimmy Sheirgill and Asha Negi's thriller is taut and tight until it hits a bump in the climax 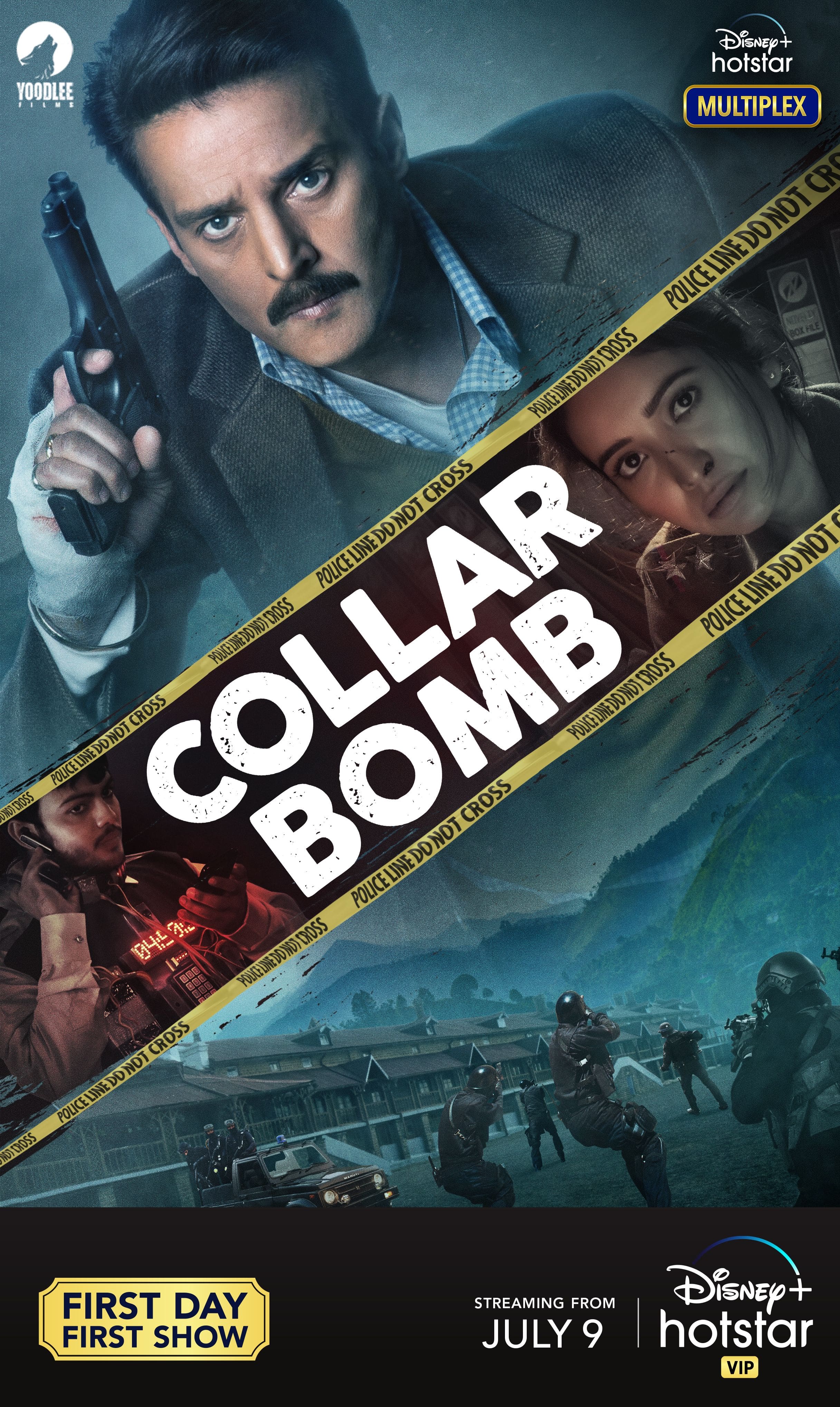 So, how excited are you to watch Collar Bomb, which is looking like an edge of the seat thriller, at least on first impression. Tweet and let us know @bollywood_life .