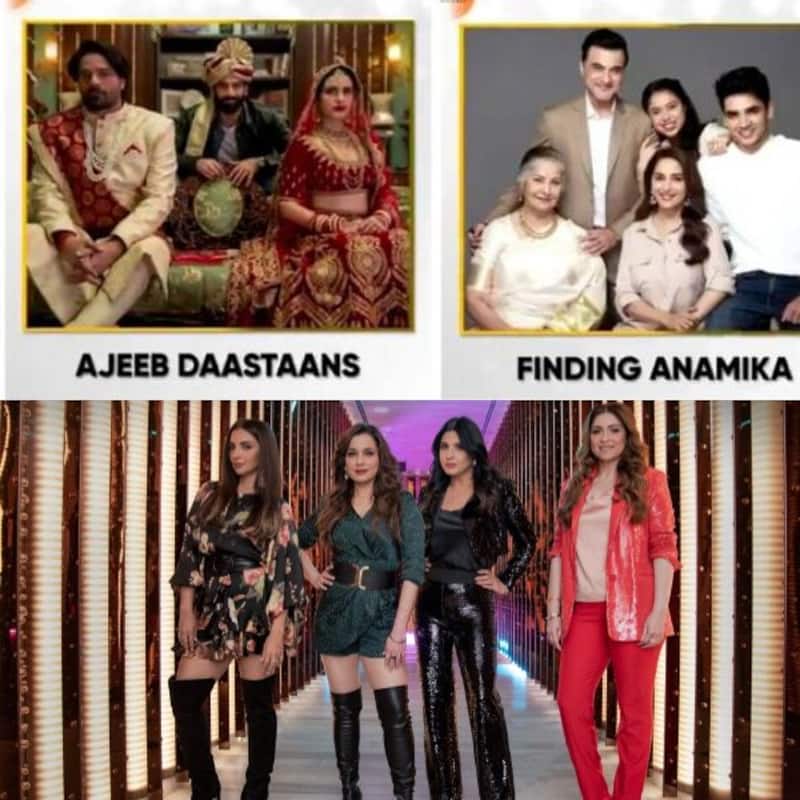 From some freshly brewed content to the return of some widely loved series, Dharmatic Entertainment has a busy year ahead. Dharmatic Entertainment is all set to unleash 5 new web shows/films for the Netflix audience across the world. With a successful collaboration in the past with Netflix in fiction (Guilty starring Kiara Advani) and in non-fiction (The Fabulous Lives Of Bollywood Wives), Dharmatic Entertainment, the digital arm of Dharma Productions, is all set to entertain the audience with a buffet of tasteful & fresh OTT content. Check the announcement video below: Also Read - Anupamaa SHOCKING upcoming twists: Rakhi Dave instigates Barkha against Anu; Anuj-Anu perform romantic dance at Kinjal's baby shower

When Shakespeare famously asked "what's in a name?" he couldn't have imagined that the answer someday would be Meenakshi Sundareshwar! Starring Sanya Malhotra and Abhimanyu Dassani, the film is set in Madurai, and explores young romance which begins where most love stories end. Directed by debutant Vivek Soni, the film has music by Justin Prabhakaran. Also Read - Worst dressed celebs of the week: Kiara Advani, Malaika Arora, Tara Sutaria fail to score on the fashion charts

Dharmatic is also excited to bring to audiences Madhuri Dixit Nene’s much talked about OTT debut. Her first show, Finding Anamika, is an intriguing family drama set in the world of showbiz. Written by Sri Rao, directed by Bejoy Nambiar and Karishma Kohli, expect to see Madhuri Dixit Nene as you have never seen her before.

In Searching for Sheela, we see Ma Anand Sheela, former close aide of Osho return to her home country after 35 years away and the release of the Netflix documentary series Wild, Wild Country. This thoughtful documentary explores whether she returns as a conquering pop culture icon or a ‘criminal’ still up for scrutiny.

Diving into the lives of those much talked about wives yet again, The Fabulous Lives of Bollywood Wives will return for a second season with even more drama, even more glamour and some surprising new twists. Maheep Kapoor, Seema Khan, Neelam Kothari Soni and Bhavana Pandey will be back, more fabulous than ever. Dharmatic is excited to open 2021 with new stories, new characters and new adventures to keep the popcorn coming for millions of Netflix users.

Release dates for to be announced soon.

Also, remember, the BollywoodLife.Com Awards 2021 are back in full swing, and Voting is Now Open in all categoris! So, Click Here to Vote for Your Favourites and Stand a Chance to WIN Exciting Prizes.