Breathe Into The Shadows: Abhishek Bachchan looks dashing and mysterious in his FIRST LOOK from Breathe 2

Abhishek Bachchan will be making his digital debut with Breathe: Into the Shadows along with Nithya Menen, one of the most popular actresses across all South Indian family industries. Saiyami Kher is the other new addition to the cast, whereas Amit Sadh will be reprising his role as Inspector Kabir Sawant.

Following the recent launch date announcement and first look of Breathe: Into The Shadows last week, Amazon Prime Video has now dropped the first look of Abhishek Bachchan from its eagerly anticipated web series, a sequel to Breathe, which had starred Amit Sadh and R. Madhavan in lead roles. Breathe 2 marks the digital debut of Abhishek Bachchan while Amit Sadh will be reprising his role as Inspector Kabir Sawant. Junior Bachchan looks extremely dashing and mysterious in his character, and we can't wait to see how the role shapes up on screen. Check it out below: 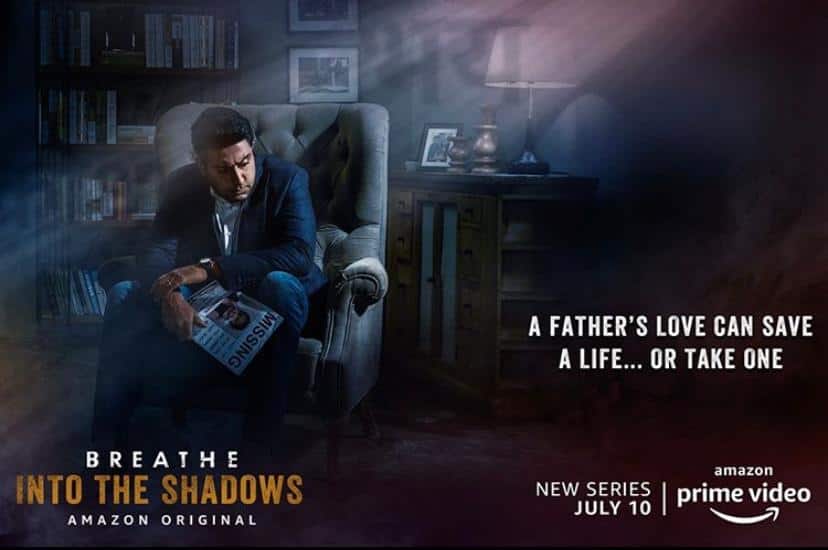 The first look of Abhishek Bachchan in this series reflects a dark and intense mood, as he wears a deep expression over a pamphlet of a missing child. Dressed to perfection, Abhishek looks enigmatic and impactful. Nithya Menen, one of the most popular actresses across all South Indian family industries, will also be joining Junior Bachchan in her OTT debut. Saiyami Kher is the other new addition to the cast, whereas Maddy, who bit the bullet at the end of season one, will not be returning.
Speaking about his look Abhishek Bachchan said “The thrill of making my digital on-screen debut with Amazon Original Breathe: Into The Shadows has finally kicked in with the recent announcement that was made last Friday. The love and support I have received since we announced the launch date of the show has reinstated my belief of constantly evolving in order to connect with newer audiences. I am ecstatic to launch my first digital series that is a perfect example of the exciting, genre-defining content that we are now able to consume at our convenience. I am definitely looking forward to the days to come as we slowly unfold Breathe: Into The Shadows to the world.”
Breathe 2 is produced by Abundantia Entertainment and created and directed by Mayank Sharma. The show has been written by Bhavani Iyer, Vikram Tuli, Arshad Syed and Mayank Sharma. The trailer is scheduled for launch on 1st July 2020 while the web series itself is set to premiere on 10th July 2020.
Also Read - Hush Hush: Juhi Chawla, Ayesha Jhulka, Soha Ali Khan, Kritika Kamra, Karishma Tanna, Shahana Goswami come together for an all-female led web series on Women's Day Stay tuned to BollywoodLife for the latest scoops and updates from Bollywood, Hollywood, South, TV and Web-Series.
Click to join us on Facebook, Twitter, Youtube and Instagram.
Also follow us on Facebook Messenger for latest updates.
Advertisement