Dhootha: Naga Chaitanya goes out of his way for costar Prachi Desai; his kind act will make you love him even more

Dhootha revolves around several mysterious deaths and disappearances, plus some bizarre occurrences, all of which lead to a common place, where Naga Chaitanya inevitably finds himself at the centre of 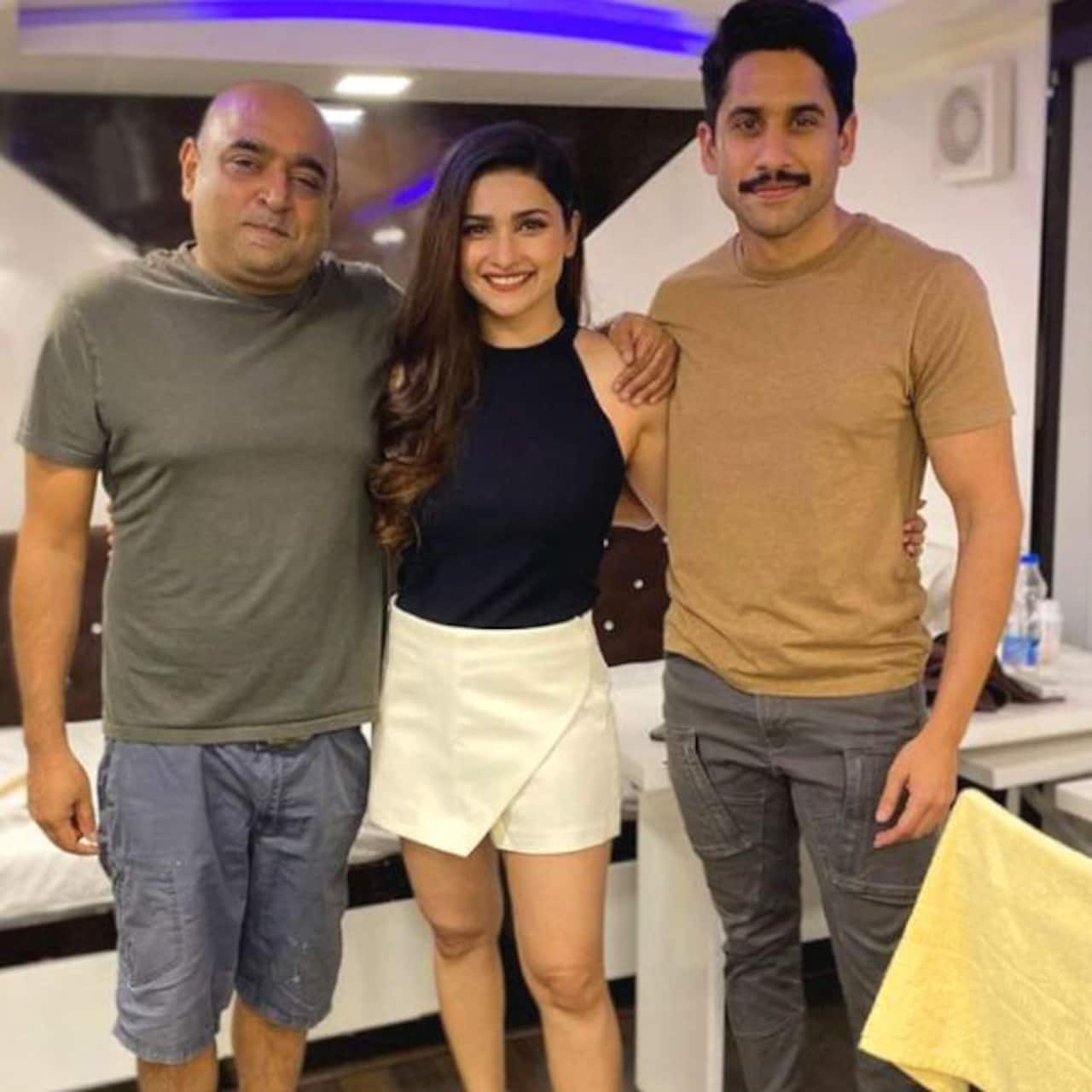 Naga Chaitanya's long speculated web series debut is finally upon us. Earlier, Amazon Prime gave us a sneak peek of it. Titled Dhootha, which translates to The Messenger in English, the web series is touted to be an extremely dark, spine-chilling, supernatural venture. Yes, Naga Chaitanya will be making his OTT debut in the horror genre and it's being helmed by National Award winner Vikram K. Kumar. What's more, Chay is surrounded by a brilliant ensemble cast from Parvathy Thiruvothu and Prachi Desai to Priya Bhavani Shankar and more. Also Read - Bigg Boss 16: Tina Datta and Shalin Bhanot fans back their faves after the NASTY spat; Twitter gets flooded with mixed reactions [View Tweets]

Thought it's coming on OTT, Prachi Desai will also be making her Telugu-language debut with Dhootha, but it's not a languages she's familiar with and it required extra time for her to get her lines and understand her scenes. So, Prachi reveals that Naga Chaitanya went out of his way to make her comfortable with the language barrier, reciting all his lines in English, just so that she could comprehend the scene better before she'd proceed to give her real take in Telugu. She added that these little things reflected how he is in actual life, how he values his job and how supportive he is of others. Also Read - Bigg Boss 16: Sumbul Touqeer fans get emotional as Shalin Bhanot EXPOSES Tina Datta's hand in 'fake obsession narrative'; say, 'Now evict both' [Read Tweets]

Opening up about Dhootha, creator Vikram K Kumar said that he made Naga Chaitanya completely aware of the kind of dark, scary, supernatural world he'd be entering with the show, and despite a few inhibitions initially, the actor was finally convinced and then rendered himself whole and sole to the project. Emphasising how scary and chilling the web series is, Vikram added that he always intended to make it that way and felt that Chay would be a great fit since he had never attempted something like this before. Also Read - Trending Entertainment News Today: SS Rajamouli hints about working in Hollywood, reason for Pathaan star Shah Rukh Khan's low-key promotions

Coming to the plot, it appears that Dhootha revolves around several mysterious deaths and disappearances, plus some bizarre occurrences, all of which lead to a common place, where Naga Chaitanya inevitably finds himself at the centre of. According to the showrunners, the element of rain also plays an important part in the series. The release date Dhootha hasn't been disclosed yet, but it's definitely expected to drop on Amazon Prime this year itself. Let's see how big an impact Naga Chaitanya makes with his OTT debut?