From Atrangi Re to 83: 6 new movies and shows releasing on December 24 in theatres and on various OTT platforms

What are you waiting for? Here is a list of new movies and shows releasing in theatres and on different OTT platforms including Netflix, Disney+ Hotstar, Amazon Prime Video, and more this week.

This year is going to send soon, well it is time to watch new movies and shows releasing in theatres or on OTT platforms. Let's enjoy the Christmas season like never before and enjoy binge-watching. This week there are several new releases and now it is time to check the list of new movies and shows that will keep you busy throughout the weekend. So, what are you waiting for? Here is a list of new movies and shows releasing in theatres and on different OTT platforms including Netflix, Disney+ Hotstar, Amazon Prime Video, and more this week. Also Read - Cannes 2022: Ranveer Singh's wild pics as he chills with Deepika Padukone, Rebecca Hall and Asghar are going VIRAL

ATRANGI RE – DISNEY+ HOTSTAR Also Read - Prithviraj to Padmaavat, list of movies that came under the radar of Karni Sena [Watch Video] 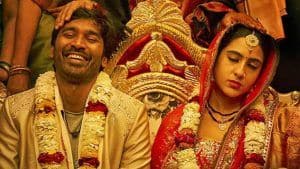 Starring Akshay Kumar, Sara Ali Khan, and Dhanush, Atrangi Re is directed by Aanand L. Rai. The film is a twisted love triangle wherein a Tamil boy Vishnu is forced to marry Rinku, a girl from Bihar. Rinku is madly in love with Sajjad. 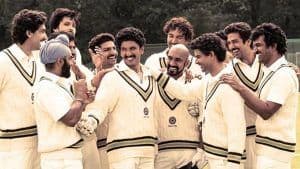 This sports drama is directed by Kabir Khan and features Ranveer Singh and Deepika Padukone in the main roles. The film is about Indian cricketer Kapil Dev.

The story of Encanto revolves around a magical family - the Madrigals who are gifted with a special power and decide to help the locals. Mirabel, the youngest member of the family does not get any special power.

This film is a sequel to the 2018 patriotic drama Satyameva Jayate. The movie features John Abraham in a triple role. The storyline of the film revolves around a politician, Satya Balram Azaad who wanted to pass an anti-corruption bill in the Lok Sabha, but due to lack of votes, the bill does not pass. He gets on a vigilante mode and kills the corrupt officials.

Directed by Basil Joseph, this film features Tovino Thomas, Basil Joseph, Guru Somasundaram, and Azees Nedumangad in main roles. This Malayalam movie Minnal Murali is about a tailor who gains superhero powers and has to fight against the crime happening in his village.

Directed by Steve Basilone, Long Weekend features Steve Basilone, Jennifer Irwin, Jess Jacobs, and Finn Wittrock in prominent roles. Long Weekend is about a struggling writer who meets a woman and their love story leads to various unexpected revelations that are interesting to watch.

Starring Leonardo DiCaprio, Jennifer Lawrence, Meryl Streep, Cate Blanchett, Jonah Hill in main roles, this science-fiction comedy was one of the most awaited English films this week. The storyline of the film is about an astronomy grad student and her professor Dr. Randall Mindy who go on a media tour and soon announce a planet-killing comet hurtling towards the earth that will destroy everything.