Gehraiyaan, Mahaan, Raktanchal 2 and many new movies and series will release this week on the OTT platforms. 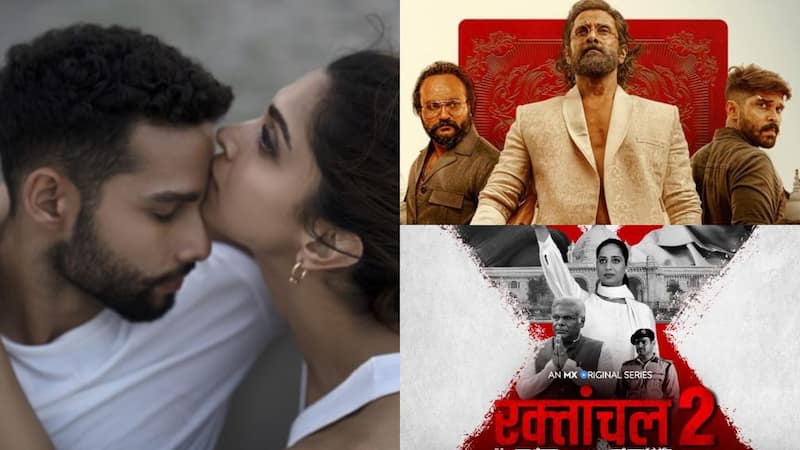 Deepika Padukone, Siddhant Chaturvedi, and Ananya Panday’s Gehraiyaan, Malayalam drama Freedom Fight, Nikitin Dheer's Raktanchal 2, Vikram, his son Dhruv's Mahaan, and more OTT releases this week that will keep you hooked to the screens. Last week, many interesting films and series were premiered on multiple OTT platforms, and this week also the audience has many options. So, if you are wondering what to watch in the next few days, well don’t worry we are here to help you. Below is the list of films and series that will premiere this week. Here is a list of new releases on the OTT platforms that will make your weekend fun. Also Read - Ranbir Kapoor calls Deepika Padukone a 'veteran' over her career graph; says, 'Because I know Deepika so closely, I was so impressed'

This is a Malayalam drama that includes 5 patriotic episodes and the show talks about the importance of freedom. The series will release on February 11. Also Read - Shruti Haasan's PCOS and endometriosis, Shenaz Treasurywala's face blindness and more Bollywood actors who faced severe health issues

This is an upcoming Indian Tamil-language action thriller film directed by Karthik Subbaraj. The movie stars Vikram, his son Dhruv, Bobby Simha, Simran, and Vani Bhojan in main roles. The movie will release on February 11.

The Korean Series Snowdrop features Jung Hae-in, Jisoo, Yoo In-na, Jang Seung-jo, Yoon Se-ah, Kim Hye-yoon, and Jung Yoo-jin. The show is set against the backdrop of the 1987 Democracy Movement in South Korea. The series will release on February 9.