Till we wait for Amitabh Bachchan's Chehre film to release, a look at the top 5 best mystery thrillers of the superstar.

Bollywood's superstar Amitabh Bachchan has been ruling audiences' hearts with his stellar performance in films. The actor has acted in several thrillers films and showcased his perfection in every way. Big B thriller films have managed to keep vowers on the edge of the seat and his performance conveys more than what the film wants to convey to its viewers. The actor will be seen next in a mystery thriller film directed by Rumi Jafry. Chehre stars Amitabh Bachchan and Emraan Hashmi in lead roles. The movie is scheduled to release in theatres on 27 August 2021. Till we wait for Amitabh Bachchan's Chehre film to release, a look at the top 5 best mystery thrillers of the superstar. Also Read - Amitabh Bachchan, Shah Rukh Khan, Ranbir Kapoor and more celebs who turned into unrecognisable characters using prosthetics 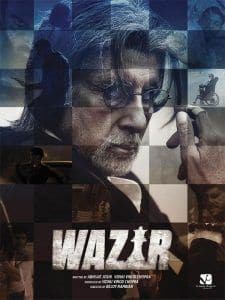 Directed by Bejoy Nambiar, the film stars Amitabh Bachchan and Farhan Akhtar in the lead roles. The storyline of the film keeps it hooked to the screens.

Directed by Sujoy Ghosh, Badla was produced by Shah Rukh Khan’s company. The movie features Taapsee Pannu and Amitabh Bachchan in lead roles. The story is about Naina who gets caught in a web of accusations after her lover is found dead. She hires a lawyer to work with her on the case. 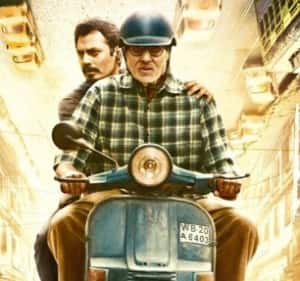 Directed by Ribhu Dasgupta, Te3n stars Amitabh Bachchan, Nawazuddin Siddiqui, and Vidya Balan in lead roles. The story is about John Biswas who seeks help from a priest and a cop in his quest to find the people who kidnapped and killed his granddaughter. 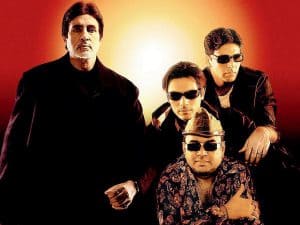 The film was released in 2002 and stars Amitabh Bachchan, Akshay Kumar, Sushmita Sen, Arjun Rampal, and Paresh Rawal in the lead roles. The film is directed by Vipul Amrutlal Shah and the storyline is about a bank manager who wants to seek revenge against the bank for firing him by taking the help of three blind people.

Amitabh Bachchan, Zeenat Aman, and Pran feature in the lead role. This movie is one of the finest thrillers that is still loved by all. Directed by Chandra Barot and produced by Nariman Irani, the movie is a delight to watch.