So we have whipped up a list of the 7 such movies that you can watch on OTT if you are missing travelling. Trust us, it will satiate the wanderlust in you. 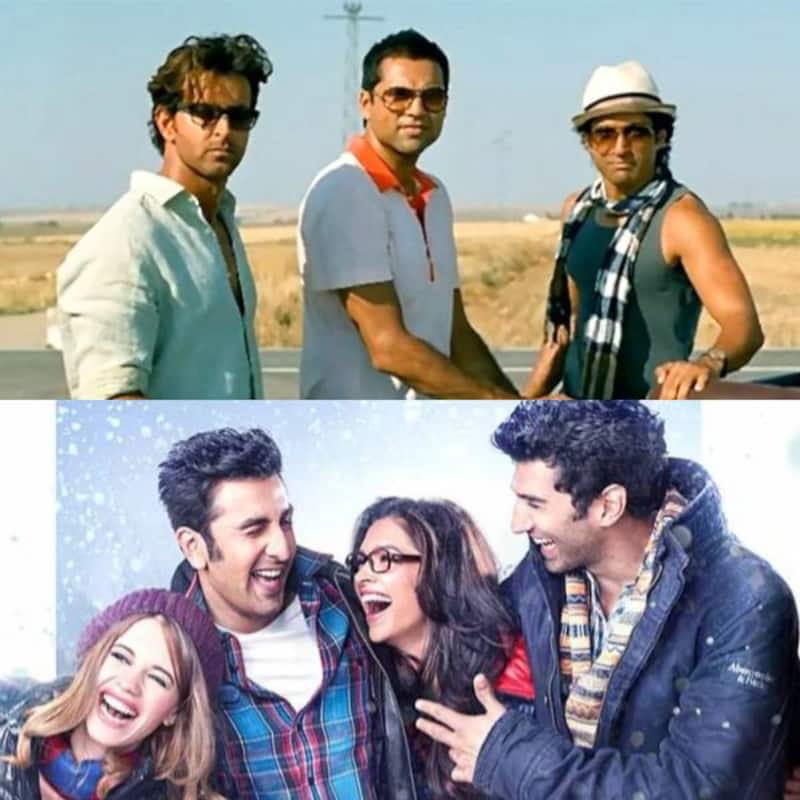 Do you call yourself a traveller? Is your life motto - to travel is to live? The you are at the right place (well virtually of course). Traveling is a therapeutic experience that helps one to relax and create priceless memories. And for the longest time, films have been that medium that often open windows for fantasies and transport audiences to picturesque locations. After watching a good travel film, you often feel rejuvenated and get a happy high as if you have just travelled yourself. And now, with all of us stuck indoors (no we aren’t talking about those vacationing with a vengeance on the hills), we need these travel films more than ever before. So we have whipped up a list of the 7 such movies that you can watch on OTT if you are missing travelling. Trust us, it will satiate the wanderlust in you. Also Read - Sussanne Khan to Sushmita Sen: Celebs who got brutally trolled for the choice of their partners

Directed by Zoya Akhtar, this film stars Hrithik Roshan, Abhay Deol, Farhan Akhtar, Katrina Kaif, and Kalki Koechlin in lead roles. This film will take you on a road trip in Spain and will give you a glimpse of deep-sea-diving, the Tomatina festival, and much more. The enthralling experience will act as an instant ‘pick me up’! Also Read - Sussanne Khan and Arslan Goni BRUTALLY trolled as they arrive for Arjun Kanungo-Carla Dennis wedding; netizens say, 'Iss namune se Hrithik millions time better tha'

This romantic comedy-drama film, directed by Ayan Mukerji takes you on a smooth ride to various parts of the country. Right from Shimla, Manali to Rajasthan, this movie will inspire you to pack your bags and leave post-COVID. The film has beautifully captured the landscape of each city that it has been shot at. The film stars Ranbir Kapoor, Deepika Padukone, Aditya Roy Kapur, and Kalki Koechlin in lead roles.

You would be amazed at how Kareena Kapoor Khan and Shahid Kapoor make a boring train journey look so cool and eventful. The two start their journey from Mumbai and with each stop in various places including Ratlam, Kota, Bhatinda, Manali, and Shimla, comes a new twist in their life and relationship.

The Lord of the Rings Series - Amazon Prime Video

This epic fantasy adventure film is directed by Peter Jackson and stars Elijah Wood, Ian McKellen, Liv Tyler, Viggo Mortensen, Sean Astin, Cate Blanchett, John Rhys-Davies, Christopher Lee, Billy Boyd, Dominic Monaghan, Orlando Bloom, Hugo Weaving, Andy Serkis, and Sean Bean in pivotal roles. Hobbiton is a popular name on every passionate traveller’s bucket list and it will be on yours too as the film takes you on a beautiful adventure around New Zealand.

This is one of the best travel movies and will nudge your wanderlust for sure. This fantasy comedy film is written and directed by Woody Allen. The film stars Owen Wilson, Rachel McAdams, Kathy Bates, Adrien Brody, Carla Bruni, Tom Hiddleston, Marion Cotillard, and Michael Sheen.

This film is directed by Zoya Akhtar and stars Anil Kapoor, Shefali Shah, Priyanka Chopra, Ranveer Singh, and Anushka Sharma in lead roles. The entire film was shot on a cruise ship, taking the star casts’ escapades to Turkey, Spain, and Tunisia. Well, who wouldn’t want to do that?

Directed by Vikas Behl starring Kangana Ranaut, Rajkummar Rao and Lisa Haydon, the film follows a simple Delhi girl on a solo trip to Paris after she gets dumped by her fiancé on the day of their marriage. She decides to go on her honeymoon alone, and it ends up being a journey of self-realisation where she comes back stronger, smarter and sassier.