From Ray to Unpaused: 5 best anthology movies and shows to stream today on Netflix, Amazon Prime Video, Disney+Hotstar and more

If Netflix's newly released anthology series, Ray has kept you hooked to your seats, then here is a list of anthology films and series you can watch on Netflix, Amazon Prime Video, and more. 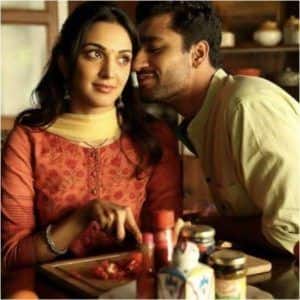 Also Read - #BLExclusive ft. Richa Chadha: From her marriage plans with Ali Fazal to SCOOPS on the release of Fukrey 3, Inside Edge 3 and more – the actress held nothing back

This series has been directed by Karan Johar, Zoya Akhtar, Dibakar Banerjee, and Anurag Kashyap. The series includes four shorts into an anthology production that showcases contemporary relationships from the female's perspective.

One of the finest crime anthology series that will keep you hooked to the screens. Each season of this show includes a self-contained narrative that has several unexpected mysteries that unfolds. The series includes actors such as Mahershala Ali, Carmen Ejogo, Stephen Dorff, Scoot McNairy, and Ray Fisher in pivotal roles. The series is directed by Srijit Mukherji, Vasan Bala, and Abhishek Chaubey and features Manoj Bajpayee, Ali Fazal, Harshvardhan Kapoor, and Kay Kay Menon in key roles. The anthology contains four stories that are inspired by the works of renowned filmmaker Satyajit Ray.