Lakshya, Uri, Inglorious Basterds and more – still under an Independence Day hangover? Here are the best war movies to watch on Netflix, Amazon Prime and ZEE5

In this pandemic and COVID-19 era, every day is all about chilling at home along with catching up on some movies on OTT platforms. Here is a list of some nail-biting war dramas films that will inspire you at the end.

In this pandemic and COVID-19 era, every day is all about chilling at home along with catching up on some movies on OTT platforms. On 15th August, the entire nation celebrated the 75th Independence Day. Here is a list of some nail-biting war dramas films that will inspire you at the end. Also Read - Bradley Cooper and Suki Waterhouse part ways 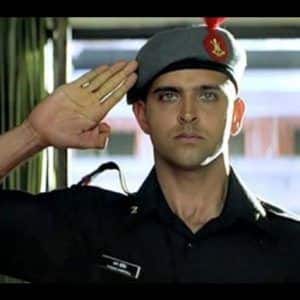 Farhan Akhtar's Lakshya is a war drama that showcases the beautiful transformative journey of Karan Shergill which is plated by actor Hrithik Roshan. Karan is a spoilt and aimless teenager who proves his mettle by becoming an army officer. The movie is set against a backdrop of the 1999 Kargil War and it also stars Amitabh Bachchan and Preity Zinta in the lead roles.

This 2019 military action film is directed by Aditya Dhar. The film is based on a real-life attack on an Indian Army base in Uri that killed 19 soldiers.

Directed by Steven Spielberg, this remarkable film stars Liam Neeson, Ralph Fiennes, Ben Kingsley in lead roles. This film has so far received seven Academy Awards plus five more nominations and has grabbed the tag of best film. The story of this American epic historical drama film is a story about a preparatory German factory owner who after witnessing the suffering of the survivors saves the life of about 11,000 Jews. This film went on to become the best portrayal of the holocaust toll on humans.

This 2014 American biographical war drama film is directed by Clint Eastwood and stars Cooper as Kyle and Sienna Miller as his wife Taya, with Luke Grimes, Jake McDorman, Cory Hardrict, Kevin Lacz, Navid Negahban, and Keir O'Donnell in supporting roles. The film is about the life of Kyle, who became the deadliest marksman in U.S. military history with 255 kills in the Iraq War.