Ankita Lokhande and others have started shooting for Pavitra Rishta 2. Fans, friends and colleagues from the industry have been sending wishes to the actress and the team. Check out Kangana Ranaut's message for Ankita Lokhande below:

The shooting of the second season of Pavitra Rishta has begun. Just yesterday, the pictures and videos from the sets of Pavitra Rishta 2 were dropped by ALTBalaaji and Zee5 and the cast and crew of the show were dropped on social media. It went viral on social media real quick. Shaheer Sheikh has stepped into the shoes of Sushant Singh Rajput's role of Manav. Friends and colleagues of Ankita Lokhande aka Archana have been sending her best wishes for her new show. And joining them is noted Bollywood actress Kangana Ranaut. The Queen actress worked with Ankita in Manikarnika: The Queen of Jhansi. The two actresses grew close to each other. Kangana took to her social media handle and wrote, "All the best @lokhandeankita can't wait to watch new season of #pavitrarishta." Have a dekko at the screenshot of the same here: Also Read - Pavitra Rishta 2.0: Hiten Tejwani who had replaced the OG Manav Deshmukh Sushant Singh Rajput sends good wishes to Shaheer Sheikh-Ankita Lokhande 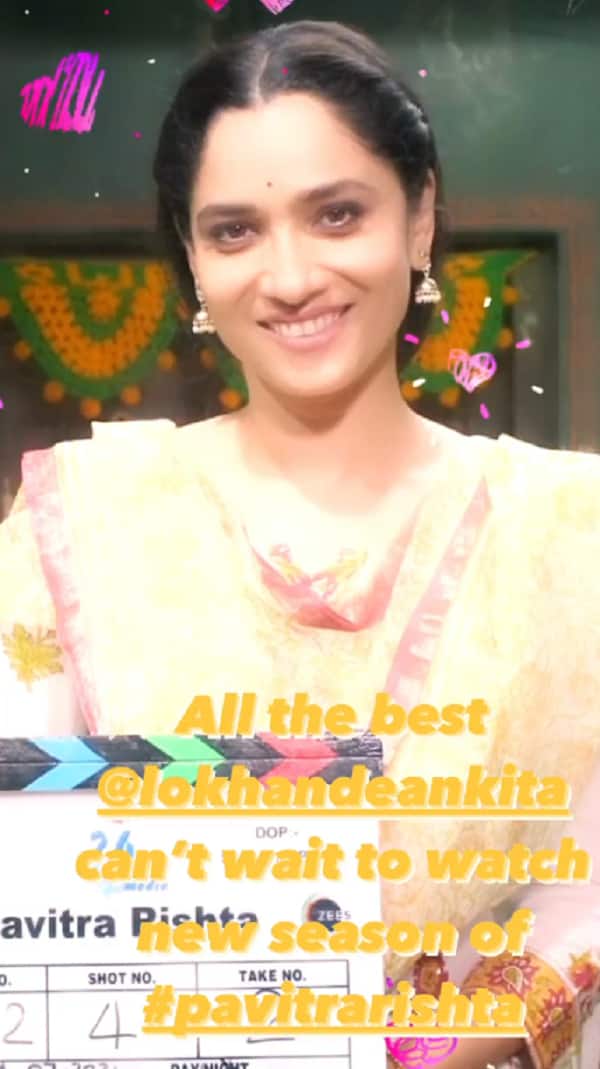 Also Read - Salman Khan, Raj Kundra, Ayesha Takia and more – Bollywood and TV celebs who were trolled this week and why

Ankita too thanked her for the wishes. "Thanku Kangana @kanganaranaut," Ankita replied with two hearts and grateful emoticons. Have a look at the same here: Also Read - Trending OTT News Today: Priyamani's marriage may be illegal, Venkatesh's daughter is his biggest critic, Sarpatta Parambarai leaked online and more 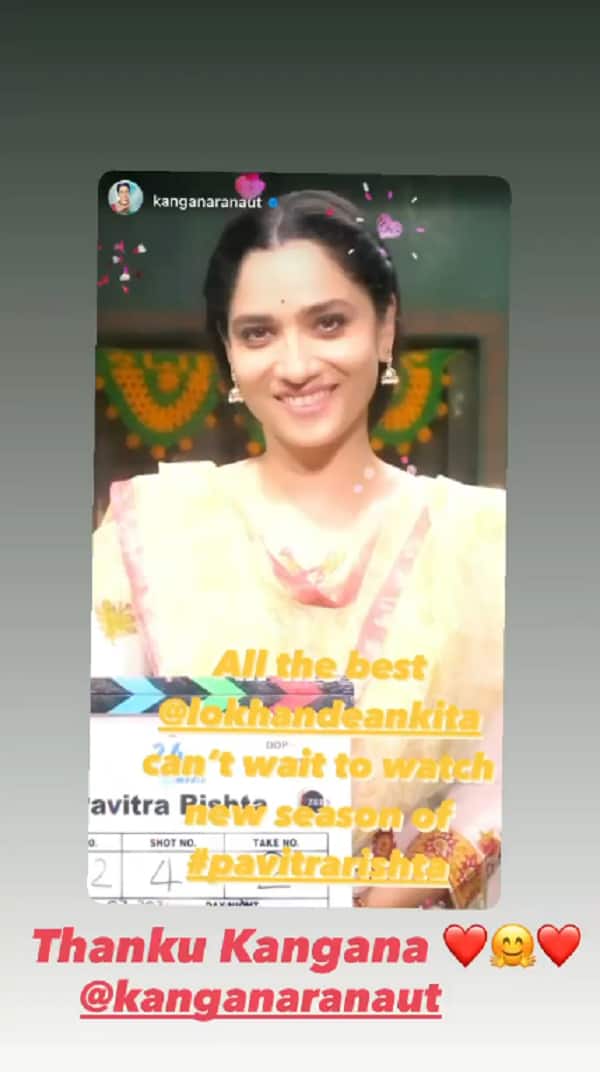 Now, isn't this, costar goals? We love their equation.

Coming back to Pavitra Rishta 2, fans of Sushant Singh Rajput are missing their original Manav. With Shaheer Sheikh replacing Sushant, they are finding it difficult to come to terms with the same.

A couple of weeks ago, Kushal Zaveri, one of the directors of the original show had opened up on Ankita being a part of the second season for the digital platform. "Yes, I am aware that Pavitra Rishta is getting a second season and will premiere soon. Ankita called to tell me that she has signed the web show. I was happy to know about the second season as Pavitra Rishta is still close to my and the audience's hearts. It was a really good TV show," he had said. Though Zaveri is not associated with this news he had said that he would like to be a part of the project again.