Sunil will be next seen in a web show, Sunflower which is a comedy thriller. Are you excited?

Bollywood actor-comedian Sunil Grover was recently seen in Taandav alongside Saif Ali Khan in a pivotal role. The handsome actor got overwhelmed as he received love from audiences for his performance in the web show, Taandav. Sunil says that he feels fortunate to receive so much love from the audience. Also Read - Kapil Sharma's mom makes a revelation about Ginni Chatrath proving they're pure 'Saas-Bahu' goals

The actor said that it was a big deal that people acknowledge his hard work and efforts in another kind of role. We all know, Sunil is a comedian and has always managed to tickle our funny bones with his jokes and one-liners. Sunil said that seeing him and accepting in a different role was a chance that he took for himself and it was paid off. Also Read - TV News Weekly Recap: 4 shocking evictions, 4 wildcard entries in Bigg Boss 15; Rubina Dilaik trolled for weight gain; Sanjeeda Shaikh slammed for bold outfit and more

Sunil was elated with the immense amount of love he received from his fans and well-wishers. He said that time will tell if people think of him differently or this turns out to be a gamechanger. But the appreciation that he received from the audience gives him a lot of confidence. He even said that acting is a form of art that one receives when audiences accept them. Also Read - Trending TV News Today: TRUTH behind Smriti Irani being refused entry on The Kapil Sharma Show, Jay Bhanushali eliminated from Bigg Boss 15 and more 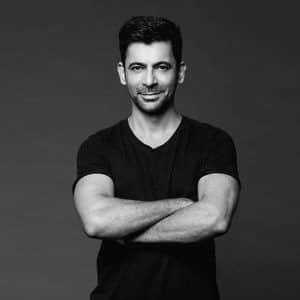 Sunil said that nowadays he is getting new kinds of roles which are exciting and he is solely focusing on choosing the best offers. He said that he feels like a debutant and is all excited to choose good scripts.

Sunil rose to fame with his comedy TV shows including Comedy Nights with Kapil and The Kapil Sharma Show. But due to an ugly spat between him and Kapil which the former term as 'bitter sweet', he started focusing on his acting avenues. Sunil was seen in movies including Pataakha, Bharat, and Taandav. Moreover, Sunil will be next seen in a web show, Sunflower. The actor spoke his heart out about his upcoming web show and said it is a comic thriller wherein audiences will get a chance to see him in a light comedy.