Today, we present you titles as diverse as Jagame Thandhiram, Elite season 4, Sherni, Luca and Physical, each from a different OTT platform to help you pass your time at home while also providing some good entertainment 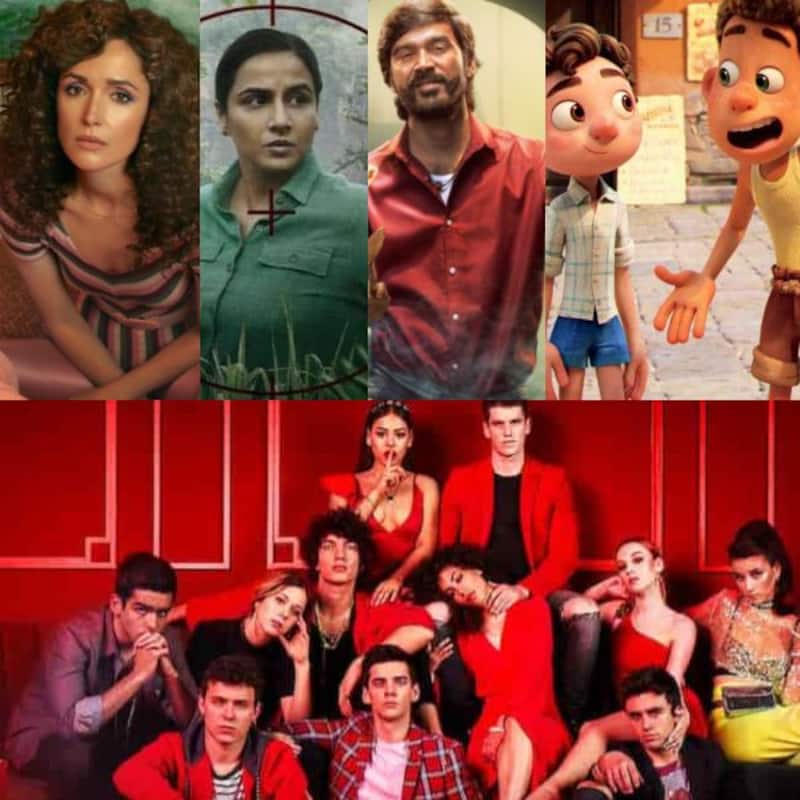 Even though the second lockdown has been relaxed, many are wisely staying put mostly at home, stepping out only if absolutely necessary. However, if you're holed up within the four walls of your house, it's imperative there's something on hand to keep you occupied and entertained, and in this time of slim pickings, only OTT platforms offer that succour. That being said, it's not always a piece of cake to choose the best web series and web movies from myriad digital streaming services and that's where we come in. Today, we present you five titles from diverse genres, states, countries, and most importantly, varied OTT platforms, which should easily help you fill the void at home while also serving as good entertainment. Also Read - Best lesbian scenes in web series on OTT: Lovely Massage Parlour, Palang Todd Sass Bahu NRI, Human and more will leave your eyes popped [View Pics]

Dhanush and Karthik Subbaraj teaming up for a crime film could only mean a rip-roaring time, and the former's fans are already going gaga over his gangster avatar. Also Read - Trending South News Today: Ponniyin Selvan first movie review OUT, Dhanush stuns in dual role in Naane Varuvean and more

Spain's most successful web import on Netflix after Money Heist, revolving around a murder mystery at an elite school, enters its fourth season. Also Read - Naane Varuvean movie review: Dhanush will scare you in this must-watch psychological thriller directed by Selvarghavan

Vidya Balan and Newton Director Amit Masurkar bring forth what's being touted as an engaging tale on man vs. beast in the bosom of nature.

Set against a beautiful seaside town on the Italian Riviera, this promises to be a coming-of-age story like only Disney Pixar can pull off.

Apple TV's new comedy web show, starring Rose Byrne, is centred on a dutiful wife who supports her husband's bid for state assembly while battling her own demons, until she finds a much-needed vent after discovering aerobics.