What to watch on OTT today: Before Runway 34, check out Neerja, Bell Bottom, Air Force One and more mid-air thrillers on Netflix, Hotstar and other OTT platforms

If are looking forward to Runway 34, especially if you're a fan of mid-air thrillers or even if you aren't and want to discover them, then check out these airplane movies first on OTT platforms like Netflix, Amazon Prime, Disney Hotstar and Apple TV 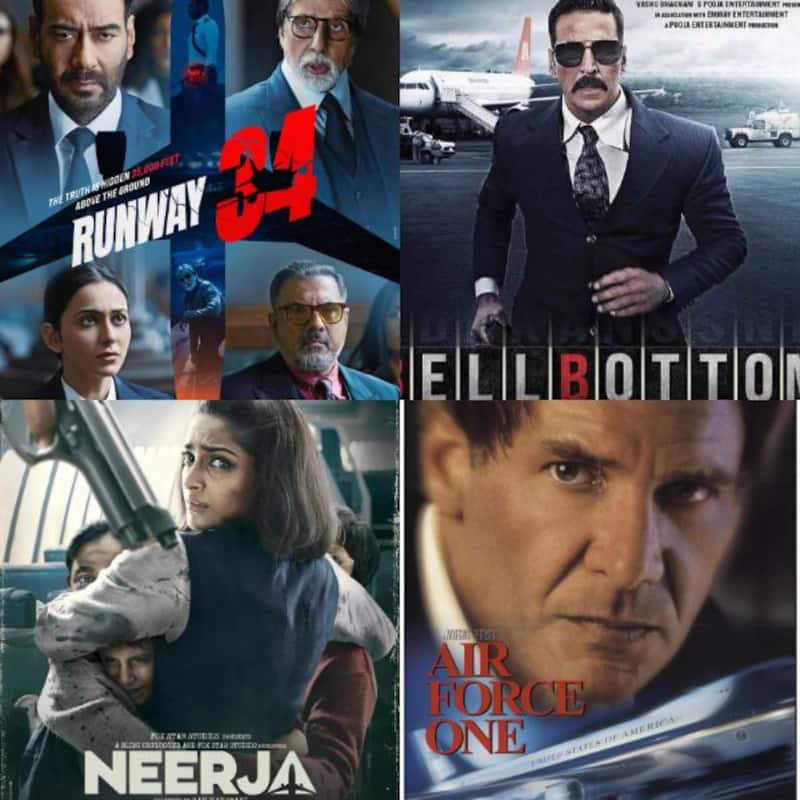 Ever since the Runway 34 trailer was launched in the presence of the film's Director and lead actor, Ajay Devgn, along with the rest of his cast, Rakul Preet Singh, Angira Dhar and Aakanksha Singh, plus a huge media contingent, at the prestigious PVR Infinity Mall in Andheri West, Mumbai, the movie has been creating huge buzz both within the trade as well as the audience. Both Ajay Devgn and Rakul Preet Singh are now busy promoting Runway 34 in full swing, with the release coming up fast on 29th April. So, if you, too, are looking forward to the film, especially if you're a fan of mid-air thrillers or even if you aren't and want to discover them, then check out these airplane movies first on OTT platforms like Netflix, Amazon Prime, Disney Hotstar and Apple TV. Also Read - Trending South News Today: Jr NTR’s Hollywood debut, Tamannaah Bhatia's gesture wins hearts, Karthikeya 2 Hindi version shows fantastic growth and more

True stories about real-life heroes seldom get any better than Neerja. Also Read - Madonna Birthday Special: 10 hottest pictures of the Queen of Pop that will set your screens on fire

Bell Bottom is both a terrific airplane and espionage film rolled into one. Also Read - Kareena Kapoor Khan, Shilpa Shetty, Bipasha Basu and more B-Town beauties who embraced motherhood in their 40s

Edge-of-the-seat, adrenaline-pumping entertainment in the middle of the sky doesn't get better than Air Force One.

The Runway 34 trailer more than lived up to expectations, with a perfect combination of commercialisation and content, while also hooking you in with the right buildup, intrigue, thrill, suspense and curiosity by not giving away too much, something most trailers fail to do these days. The movie, which also stars Amitabh Bachchan and Boman Irani, and produced and directed by Devgn himself, release on 29th April for Eid weekend.