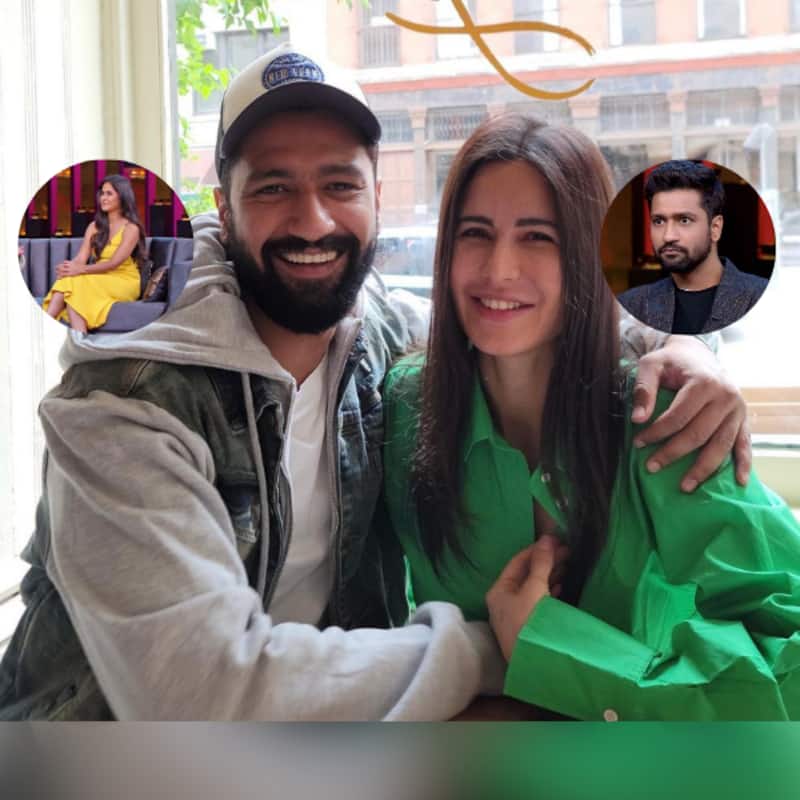 It's Vicky Kaushal's birthday today. His first after marrying Katrina Kaif! It's gonna be a special one. While we wait for Vicky and Katrina's pictures from their honeymoon kinda vacation in the US, here's a throwback to who and what brought them together in the first place. It all began because of Karan Johar and on his chat show Koffee With Karan. A candid confession by Katrina Kaif had left Vicky Kaushal in shock. He also fainted (pretended). Also Read - Trending Entertainment News Today: Disha Patani sparks lip and nose job speculations; Urfi Javed's reaction on Alia Bhatt's pregnancy grabs eyeballs and more

As y'all know, Katrina Kaif and Vicky Kaushal rumoured to join Karan on the Koffee Kouch for a chat as a newly married duo. Karan Johar has already begun shooting for the show. And hence, we thought it fit to bring back this wholesome story on Vicky's birthday today. Katrina and Varun Dhawan had joined Karan on Koffee With Karan. During a game round, when asked Katrina, the Tiger 3 actress had said that she thinks she and Vicky would look good together on-screen. Also Read - Trending South News today: Shruti Haasan talks about battling PCOS-endometriosis, R Madhavan trolled for getting Indian Twitter users wrong and more

Later, when Vicky and Ayushmann Khurrana had graced the Kouch, Karan Johar had informed him about Katrina's candid confession. His response had been epic. "Really?" the Sam Bahadur actor had asked and pretended to faint. Later, when Vicky was asked about the actress he wanted to work with, he promptly took Katrina's name. Various fan handles have shared the video on various platforms online. We have a crisper version. Check it out here: Also Read - Katrina Kaif wants Vicky Kaushal to have a beard like Hrithik Roshan; he replies, 'We need to talk'

Meanwhile, as told y'all, Katrina and Vicky are chilling in the US. Katrina shared some pictures online and it seems she and Vicky went bowling in New York City. "A very American Saturday," she captioned the post.

Before that, the two had been to Kat's favourite eatery, Bubby's and had enjoyed some delicious pancakes. Talking about their wedding, Katrina Kaif and Vicky Kaushal tied the knot in December 2021 at Ranthambore, Rajasthan.