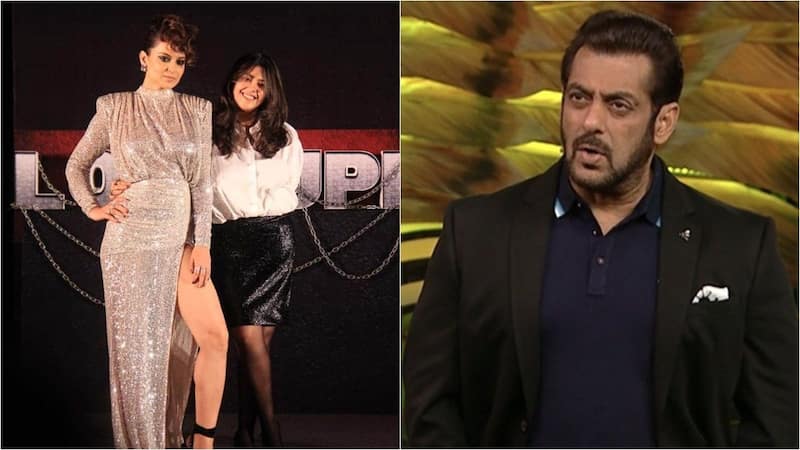 "All captive realities all over the world get compared with each other and this is a captive reality. It’s like saying did you ever get scared because one soap opera got compared with the other? There’ll be 10 shows, we will see them as same stories. But they have all worked on their own differences. There is going to be constant comparison. People will say stuff. But captive reality and original captive reality will also have its differences. Aap dekhiye kitna alag hoga,” Ekta told TOI. Also Read - Koffee With Karan: Salman Khan a virgin, Ranbir Kapoor slept with his friend's girlfriend and more brutally honest confessions made on Karan Johar's show

The show's trailer featured Kangana wearing a shimmery, glittery golden dress, holding a shiny baton in her hands. She can be seen sitting on a luxurious, velvet throne in a sombre jail cell and says, "Living here is no less than a dream… a bad one, though! Walking through the jail corridor." Also Read - Urfi Javed on the radar of an extremist? Bigg Boss OTT contestant tags Mumbai Police after a man threatens to kill her

In Lock Upp, 16 controversial celebrities will be put together for months and stripped of their amenities. Forget about fulfilling their high demands, and the contestants will be locked up in the show's prison with people they can't see eye-to-eye with. To avoid eviction, the celebrity contestants have no option but to reveal their dark secrets to the entire world. Few names that are being doing the rounds are Divyanka Tripathi, Manav Gohil, Hina Khan, Shweta Tiwari, Surbhi Jyoti, Urfi Javed, Aditya Singh Rajput, Mallika Sherawat, Anushka Sen, Avneet Kaur, Chetan Bhagat, Harsh Beniwal, Shehnaaz Gill, Vir Das, Poonam Pandey and others.

The show will be airing from February 27 on ALTBalaji and MX Player.