Koffee With Karan 7 new promo: Alia Bhatt talks about her suhagraat with Ranbir Kapoor on Karan Johar's chat show. The actress busted a myth about it and it would be relatable to all the newly married duo. 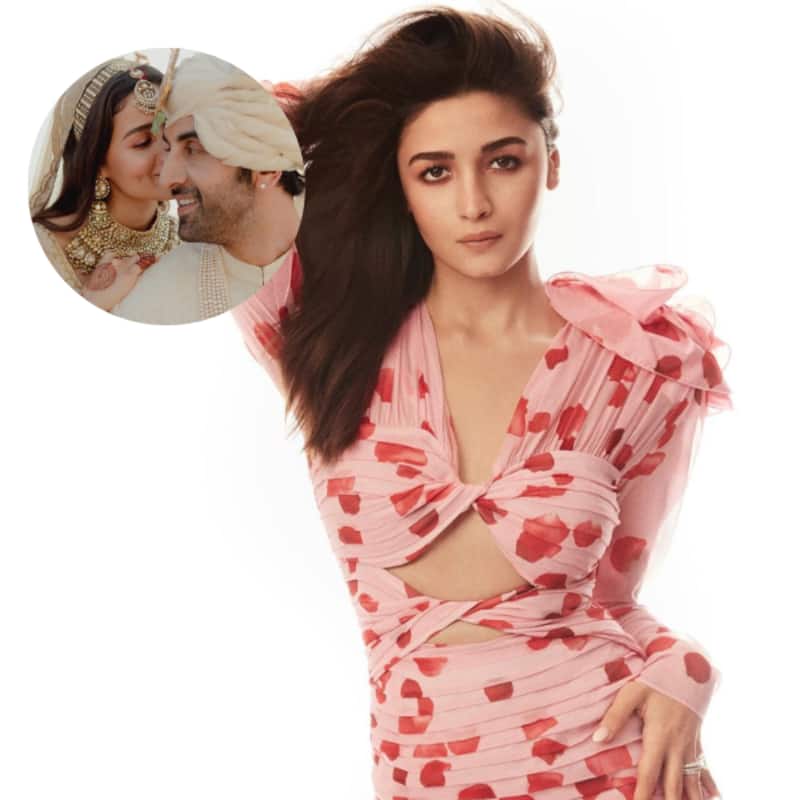 Koffee With Karan 7 is coming soon and Alia Bhatt and Ranveer Singh will be the first guests on Karan Johar's chat show. Koffee With Karan is known for its juicy gossipy sessions, fun games and loads of goofy moments. Rocky Aur Rani Ki Prem Kahani lead duo Alia Bhatt and Ranveer Singh will spill the beans on their marital life. Alia talked about her suhagraat with Ranbir Kapoor. And it's gonna be relatable to all the newly-married duos. Also Read - Trending South News Today: Kajal Aggarwal recreates iconic Baahubali scene with son Neil, secret behind Allu Arjun's 'slipper' step in Pushpa's Srivalli revealed and more

A new promo of Koffee With Karan 7 was dropped by the makers a couple of minutes ago. Alia Bhatt, who recently got married to Ranbir Kapoor was asked about one marriage myth that she'd got to know right after the marriage. Alia quickly added, "There's no such thing as suhagraat, you are just tired." Ranveer Singh burst out laughing and is seen holding his stomach. Check out the video here: Also Read - Brahmastra: Shah Rukh Khan's look as Vanar Astra LEAKED online; SRKians gush over viral video [WATCH HERE]

Alright everyone, brace yourself as @RanveerOfficial , @aliaa08 and I dish out some steaming cups of entertainment in the very first episode of this sizzling hot new season! f#HotstarSpecials #KoffeeWithKaran S7. Catch the first episode on 7th July only on @DisneyPlusHS pic.twitter.com/pDgKLfvrxo

In the promo of Koffee With Karan 7, the Darlings actress Alia Bhatt will be seen goofing up again. She would be asked by Karan Johar to talk about her marriage. Karan says, "30 seconds to talk about my marriage," and Alia begins talking about Karan's wedding. Ranveer Singh labels her sa 'Genius of the year," while Karan is seen leaning on the Cirkus actor, laughing over Alia's goof up. Also Read - Darlings: Are Alia Bhatt and Shah Rukh Khan contemplating a Telugu version of Netflix smash hit? Here's what we know

Ranveer Singh lashes out at Alia, reveals his sex playlist

Ranveer Singh is as entertaining as ever. He and Alia have turned BFFs and addressed each other as their Sakhis. While playing Koffee Bingo, Karan Johar asks Ranveer Singh about his Sex playlist. The actor shares that he has a different sex playlist and performs. Karan asks Alia about who she has better chemistry with Ranveer or Varun Dhawan. Alia is in a fix. Later we see Ranveer walking off. He tells Alia that she is dost ke Naam ke kalank.