Koffee With Karan 7: Did Ananya Panday go on a date with Vijay Deverakonda while dating Ishaan Khatter? Karan Johar CLARIFIES his 'scandalous' statement

As Ishaan Khatter appeared on Koffee With Karan 7, host Karan Johar revisited his statement in which he mentioned that Ananya Panday went on a date with Vijay Deverakonda. Ananya and Ishaan were a couple. 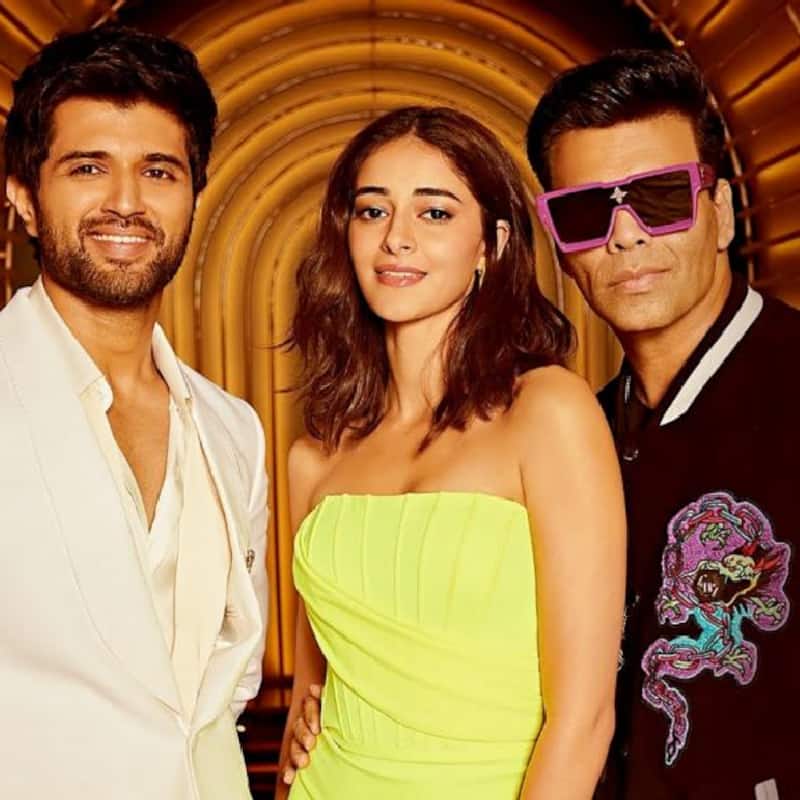 Karan Johar has often found himself in a puddle of controversies thanks to his remarks on Koffee With Karan 7. The filmmaker who is the host of the show has been bashed online for several reasons including being partial toward Janhvi Kapoor over Sara Ali Khan. It was after Ananya Panday and Vijay Deverakonda's episode that the host found himself in another trouble. He allegedly suggested that Ananya went on a date with Vijay Deverakonda whilst she was in a relationship with Ishaan Khatter. That grabbed a lot of attention. Now, Ishaan appeared on the show and the topic once again caught attention. Also Read - Koffee With Karan 7 finale: Karan Johar gets massively trolled for his Alia Bhatt obsession; gets compared with her character in Brahmastra

Karan Johar 's scandalous statement that was all over Entertainment News

As Ishaan Khatter appeared with Katrina Kaif and Siddhant Chaturvedi on Koffee With Karan 7, Karan Johar tried to clarify the statement. He stated that he did not try to imply that something was brewing between Ananya Panday and Liger star Vijay Deverakonda whilst she was still dating Ishaan. He was quoted saying on the show, "I told her, ‘You went out with Vijay while dating Ishaan’. She was like, ‘It was all friendly…’ They must have not gone on a date… I didn’t mean to imply…" Siddhant then tried to poke fun and wittily asked what was he trying to imply exactly. Katrina also got all excited and said, "This is scandalous." Ishaan did not pay much heed to this and said, "All love." Okay then! Also Read - Chunky Panday Pre-Birthday Bash: Salman Khan, Aryan Khan, Karan Johar and more attend the star-studded night [Watch Video]

On the show, Ishaan Khatter confirmed that they have now broken up. He mentioned that he would like to have her as a friend for the rest of his life. Ishaan even scolded Karan Johar for being 'mean' to Ananya Panday whilst discussing their breakup with her. He objected that the host kept drilling and grilling Ananya and it does not matter who broke up with whom. He mentioned that he is now totally single. Also Read - Aryan Khan, Navya Naveli Nanda, Salman Khan showcase their stylish avatar at Chunky Panday's birthday bash [View Pics]