Koffee With Karan 7: Gauri Khan's advice to daughter Suhana Khan is to never date two boys at the same time; SRK makes an appearance on the show to make his wifey win 6 points; she calls her love story with the superstar, 'Dilwale Dulhania Le Jayenge'. 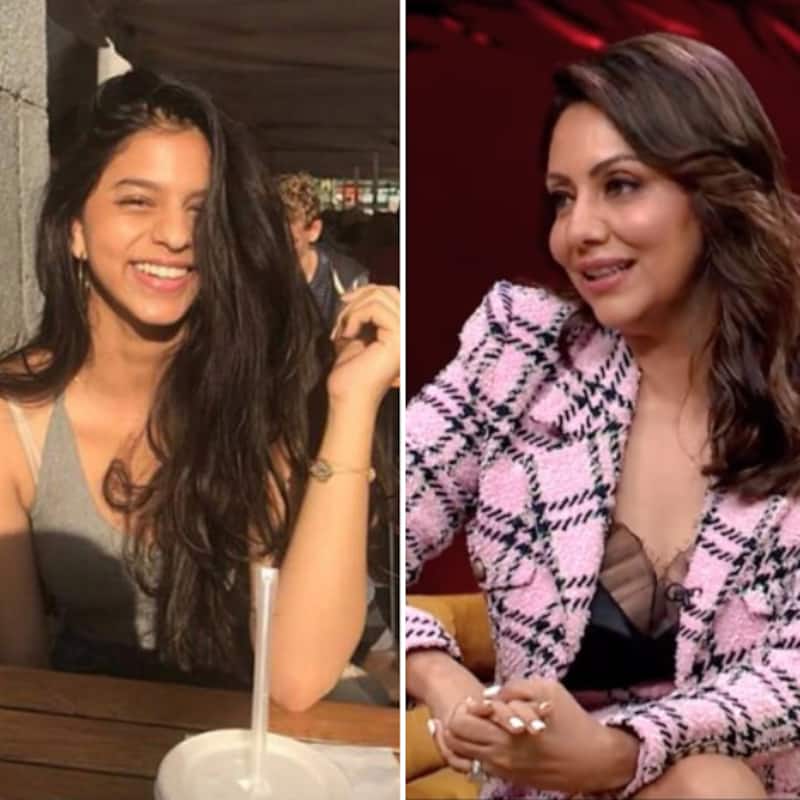 We all have been waiting for this episode! There was a strong buzz that Gauri Khan will be making an appearance on Karan Johar's show Koffee With Karan 7 and boy here she is along with her besties Maheep Kapoor and Bhavna Pandey. The promo of the most awaited episode is out and it's going to be kickass. Fans simply cannot wait to watch this episode. In the promo, we can see Gauri Khan getting candid like never before. Karan shares a strong camaraderie with the Khan family and is very much connected with SRK and Gauri's kids who are grown-ups now. Also Read - Koffee With Karan 7: Kangana Ranaut, Vivek Agnihotri and more celebs who have slammed Karan Johar’s chat show

Gauri Khan advised Suhana Khan to not date two boys at the same time Also Read - Koffee With Karan 7 finale: Karan Johar reveals why he hasn't invited Taapsee Pannu on his chat show – 'If she declines...'

The filmmaker asked Gauri what dating advice she would like to give Suhana, to which she said, "I would like to tell her not to date two boys at the same time." This answer left everyone bursting into a huge laughter. Well, youngsters tend to fall prey to dating two people at the same time thanks to the shows like Never Have I Ever. Apart from this one of the biggest highlights of the promo is Shah Rukh Khan's an appearance on the show through Gauri Khan's phone call for the 'Hey Karan it's me' segment. KJo was sure that SRK won't pick up the call and if he does that Gauri will win six points. Guess what? The superstar did pick up the call and made his wifey win the points and this left the entertainment news fans to fall for them once again. Also Read - Koffee With Karan 7: Karan Johar confirms Vijay Deverakonda is 'officially single'; rumoured affair between Rashmika Mandanna and Liger star put to rest