Katrina Kaif was the guest on Koffee With Karan 7 and she spoke at length about her marriage with Vicky Kaushal. Her brother Sebastian and Ileana D'cruz's bond was also discussed. 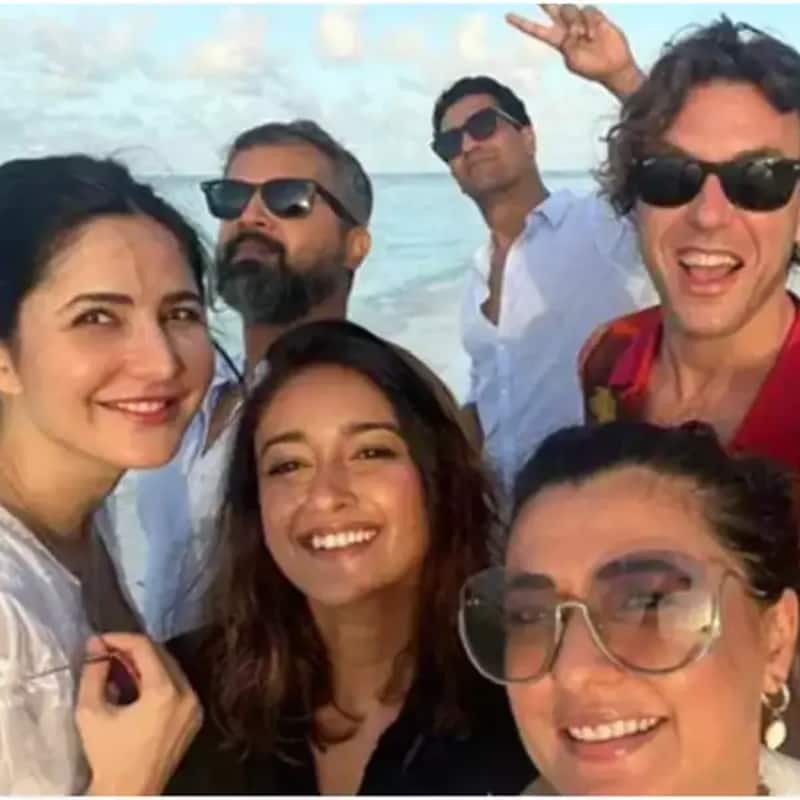 Karan Johar seems to have an update about everyone's relationships. At least that's what one can derive from Koffee With Karan 7. The host has discussed relationships, affairs and bedroom secrets the most on his talk show. From Kareena Kapoor Khan, Ishaan Khatter to Ananya Panday, he has quizzed all. The latest celebrity to grace the couch is Katrina Kaif. She appeared with her Phone Bhoot co-stars Ishaan Khatter and Siddhant Chaturvedi. Not just her marriage with Vicky Kaushal, but Karan Johar also discussed Ileana D'cuz's relationship with Katrina's brother Sebastian. Now, what is this connection? Here we tell you. Also Read - Samantha Ruth Prabhu defeated by Alia Bhatt, Shraddha Kapoor and more actresses on Most Followed on Instagram list; THIS Bollywood diva leads

Katrina Kaif and Vicky Kaushal had flown off to the Maldives to celebrate actress' birthday. They were joined by friends and family. Ileana D'cruz was a part of the birthday celebrations. Many were left puzzled at Ileana appeared in these pictures. Soon speculations were being made that the Raid actress is dating Katrina Kaif's brother Sebastian. And it turns out the rumours are true. On Koffee With Karan 7, Karan Johar quizzed Katrina Kaif about the same and she neither confirmed nor deny the rumours. He stated that he was trying to do the math after looking at her pictures from the Maldives. He said that Sebastian and Ileana met at his part for the first time and things moved quickly. To this, Katrin said, "We don’t have to confirm that." But she almost confirmed it, didn't she? Also Read - Katrina Kaif dances her heart out with kids in this viral video; netizens say, ‘she’ll be the best mother ever’

On Koffee With Karan 7, Katrina Kaif also candidly spoke about her bond with Vicky Kaushal. She revealed that it was at Zoya Akhtar's party that they met for the first time and they simply clicked. She mentioned that it was unexpected that out of the blue they met and fell in love with each other. How sweet. Also Read - Mom-to-be Alia Bhatt relishes pizza; thanks Shilpa Shetty Kundra for fulfilling her midnight cravings