Koffee With Karan 7: Ishaan Khatter to reveal the REAL reason behind his breakup with Ananya Panday; was the Liger actress cheating on him? [Exclusive]

Koffee With Karan 7: Ishaan Khatter to spill the beans on his relationship and separation with Ananya Panday; was the Liger actress cheating on him? [Exclusive] 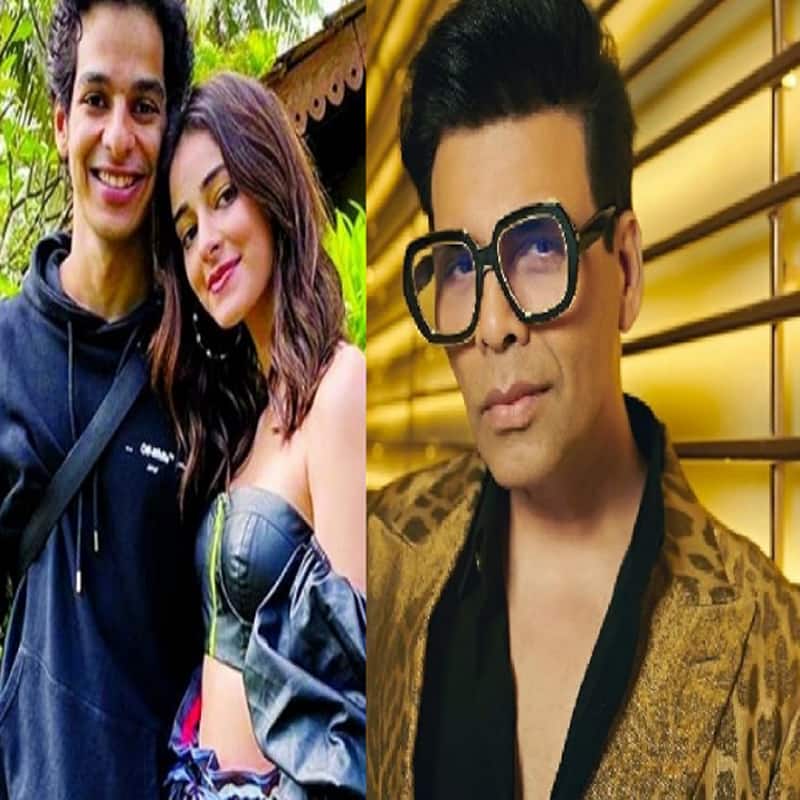 Ishaan Khatter is all set to make his debut on Karan Johar's show Koffee With Karan 7 and the boy has posted a few pictures of him on his Instagram confirming that he is all set for his Koffee date. While his fans are going gaga over the same, there are many speculating that the actor might reveal the real reason for his separation from Bollywood hottie Ananya Panday. After Karan Johar upfront asked the Liger actress that she went on a date with Vijay Deverakonda despite being in a relationship with Ishaan Khatter, speculations started doing the rounds of the actress was cheating on him.

While a close source to us reveals, "Ishaan is all set to make his Koffee debut and he is going to have a lot of fun and of course, going by the shown pattern the young lad will spill some beans on his current relationship status and breakup with Ananya Panday and that will be one of the biggest highlights of the show". Ishaan will be sassy and classy at the same time on the show and will leave his fans surprised with his swag. Well, ladies are you ready for this exciting episode? And this piece of entertainment news is often loved by fans.

Ananya and Ishaan parted ways after dating for 3 years
Ananya and Ishaan came close when they did a film together Khaali Peeli and since then they were inseparable. Ananya came close to Shahid Kapoor and the Kapur family too after being in a relationship with Ishaan. However their bond didn't last long and the couple called it quits, Recently when Ananya Panday spoke about regretting being in a relationship, many speculated that she was talking about Ishaan as she dated only this actor for a long.
Also Read - South News Weekly Rewind: Mahesh Babu all set for his Bollywood debut, Erica Fernandes exposes South film industry, Dulquer Salmaan praises Prabhas’ Project K and more
Advertisement
Stay tuned to BollywoodLife for the latest scoops and updates from Bollywood, Hollywood, South, TV and Web-Series.
Click to join us on Facebook, Twitter, Youtube and Instagram.
Also follow us on Facebook Messenger for latest updates.
Advertisement