Koffee With Karan 7: Karan Johar gets trolled a lot for taking Alia Bhatt's name in almost all the episodes of his chat show. Recently, also he was trolled for the same reason. Read on to know more... 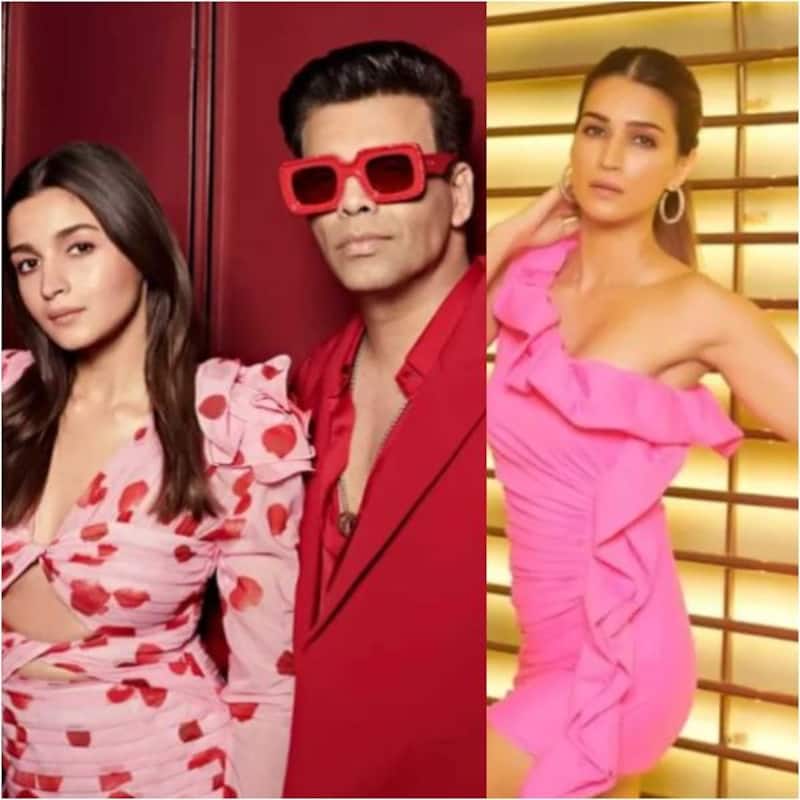 The recent episode of Koffee With Karan season 7 features Tiger Shroff and Kriti Sanon. From their relationship to films, Karan Johar spoke to them about a lot of things, and the actors have also made some juicy revelations. However, Karan is being trolled on social media, and the reason behind it is Alia Bhatt. Netizens have earlier also trolled Karan for the same reason. People on social media feel that Karan is obsessed with Alia, and in each and every episode of Koffee With Karan 7, he mentions the actress’ name. Also Read - Did Janhvi Kapoor spill the beans on Vijay Deverakonda's relationship status? Mili actress says, 'He's practically married'

While talking to Kriti Sanon about competition with her contemporaries, Karan Johar mentioned that Alia Bhatt is called the Best Actor in the country. Well, Kriti had a nice answer to the filmmaker’s question, but netizens are massively trolling Karan for purposely taking Alia’s name and they are calling it ‘cringe’. Check out the tweets below… Also Read - Koffee With Karan 7: From jewellery to expensive speaker; Karan Johar reveals what all was there in the hamper this season

Also i like both the girls as actors there was no need to specifically mention one name ?

Even if i like alia
Because of karan, i will stop liking her ?
Can he ever be a neutral host ? https://t.co/8DAwbXKDpn

I swear @karanjohar , your obsession with @aliaa08 is cringe and not a daddy-daughter relation. I like Alia as an actor but better movies r given to her. #KritiSanon @kritisanon is as much a good actor as Alia. Get over your obsession. https://t.co/xXOo7PK3li

Earlier also Karan was trolled for taking Alia’s name on the show, and he had a befitting reply to a troll. He had tweeted, “Please don’t be sad about that! It’s a good name to take my friend! You try it! May turn out to be luck for you as it is for me! #aliaforever #koffeequotetweet.” Also Read - Koffee With Karan 7: Kangana Ranaut, Vivek Agnihotri and more celebs who have slammed Karan Johar’s chat show

Please don’t be sad about that! It’s a good name to take my friend! You try it! May turn out to be luck for you as it is for me! #aliaforever #koffeequotetweet https://t.co/skwdN2xsjQ

We wonder if Karan will again give a clarification about taking Alia’s name repeatedly on the show. Meanwhile, Karan and Alia are gearing up for the release of their movie Brahmastra. The film, which also stars Ranbir Kapoor, is slated to release on 9th September 2022.