Koffee With Karan 7's latest episode dropped and it seems the host, Karan Johar, is miffed with Bollywood DIVAS Deepika Padukone and Katrina Kaif. Check out the why below: 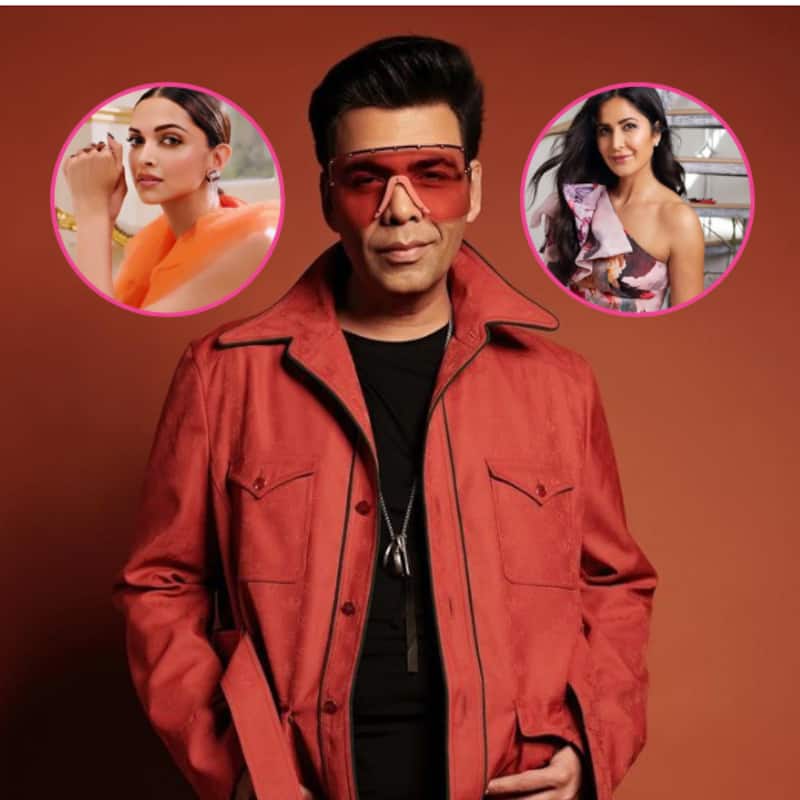 Koffee With Karan 7 is making a lot of noise on social media. The latest episode of Karan Johar's chat show featuring Sonam Kapoor and Arjun Kapoor dropped a couple of hours ago. It was a laughter riot on Sonam Kapoor's part. The mom-to-be is glowing and how! Arjun Kapoor, on the other hand, was articulate, sensitive and also witty. His bond with Sonam made netizens gush. However, we are here to talk about Karan Johar being upset with Deepika Padukone and Katrina Kaif. The host of Koffee With Karan sure looked upset with the two gorgeous ladies. Well, read on to know why... Also Read - KWK 7: Maheep Kapoor's marriage advice for Alia Bhatt-Ranbir Kapoor, Deepika Padukone-Ranveer Singh, Vicky Kaushal-Katrina Kaif

Koffee With Karan 7 is one of the trending topics in the entertainment news. In the new episode of Karan Johar's chat show, the host began the introduction with the topic of weddings. Karan admits that he has confessed a lot of times that he is not getting married. However, sometimes he does wish to get married and for one reason only. And it's not love. Karan said that he'll marry so that he'll finally get to not invite everybody, who did not invite him to their weddings. Karan Johar lamented that everyone in Bollywood was having private and destination weddings. And hence, he added that if he marries it will be for revenge. Karan talked about how celebrities have "intensely closed-door affairs" with a "really small guest list" for their weddings. He went on to add that he hasn't been invited to any destination. Karan seems to have hinted at Deepika Padukone and Katrina Kaif. Also Read - Koffee With Karan 7: Gauri Khan FINALLY opens up on Aryan Khan's arrest in drugs case, 'Nothing can be worse'

Karan wants to have a revenge wedding

Karan Johar didn't directly name two of the biggest destination weddings of Deepika Padukone-Ranveer Singh and Katrina Kaif-Vicky Kaushal which happened at Lake Come, Italy and Madhopur, Rajasthan, respectively. He named Tuscany and Jodhpur as the destinations. If y'all recall, Priyanka Chopra tied the knot with Nick Jonas in Jodhpur. While Karan did attend the wedding reception, the wedding was a private affair. And it was Anushka Sharma who tied the knot with Virat Kohli in Tuscany, Italy. It was one of the most private Bollywood weddings ever. While Karan didn't mention the wedding destinations of Deepika and Katrina Kaif. But he does upset with the two leading ladies. Karan shares a very cordial bond with both Deepika and Katrina, but weddings are just Karan Johar's thing. He loves to dance and all the rituals, too. Also Read - Kareena Kapoor Khan Birthday: Dig at Priyanka Chopra to speaking about ex Shahid Kapoor; Bebo's sassiest moments on Koffee With Karan

So, Karan did take a jibe at the private weddings while adding that he made it to Alia Bhatt and Ranbir Kapoor's wedding which happened at Alia's house. Later, he gave an introduction about Sonam Kapoor saying that she had invited everyone to her phenomenal wedding with Anand Ahuja. On Arjun Kapoor's part, he didn't mention the wedding word but did hint at it.