Koffee With Karan 7: Kareena Kapoor Khan calls Akshay Kumar better than Aamir Khan due to this reason, and the superstar feels she is insulting him. 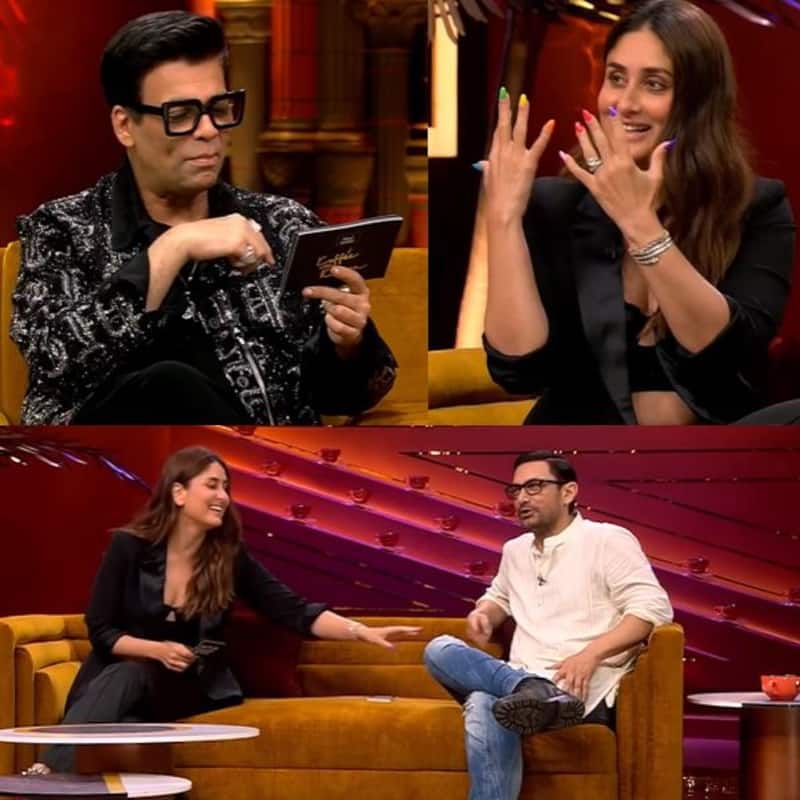 The OG queen of Karan's show Koffee With Karan, Kareena Kapoor Khan is back, and boy she is on fire. Koffee With Karan 7's new guests will be Laal Singh Chaddha stars Aamir Khan and Kareena Kapoor Khan. The promo is shared by the host of the show Karan Johar and in the video, we can see how Bebo is slaying it and insulting Aamir Khan; from making fun of his fashion to complaining about him taking ages to finish a film. While this is all in a fun mode, her fans love how she is killing it. As the promo starts Karan Johar asks Bebo whether sex after kids is a myth or not, to which the girl says, 'You wouldn't know.' Karan reminds her that his mother watches the show. To which Aamir Khan questions whether his mother watches him talking about other people's sex life on the same show. This leaves Karan a tad bit embarrassed and how. Also Read - Rashami Desai is bold and beautiful in blue and these pics are proof

Later when Karan asks Bebo what is one thing that she tolerates about Aamir Kha as her co-star, without any hesitation, she says that he takes 100-200 days to finish a film while Akshay Kumar does it in 30 days. Aamir Khan is extremely surprised by her answer and says, "Arey ye to insult hai." Later when asked by Karan to rate Aamir Khan's fashion by Bebo, she goes all 'Poo' from K3G and gives him a 'minus'. Also Read - Laal Singh Chaddha: Director Advait Chandan makes SHOCKING claim about Aamir Khan starrer; says, 'People are being paid to troll'

Aamir Khan is not very happy with this rating and complains to Karan Johar that whenever someone comes on his show, they get insulted and today he is getting insulted. Bebo tries to console him that it's nothing like that and later tells Karan Johar, 'And you thought Aamir Khan will be boring'. This episode is going to create fireworks and we definitely cannot contain our excitement.