Koffee With Karan 7: Katrina Kaif opens up about her love story with Vicky Kaushal; says, 'He was just a name I had heard'

Koffee With Karan 7: Katrina Kaif finally reveals how she had fallen in love with Vicky Kaushal. Read on to know more... 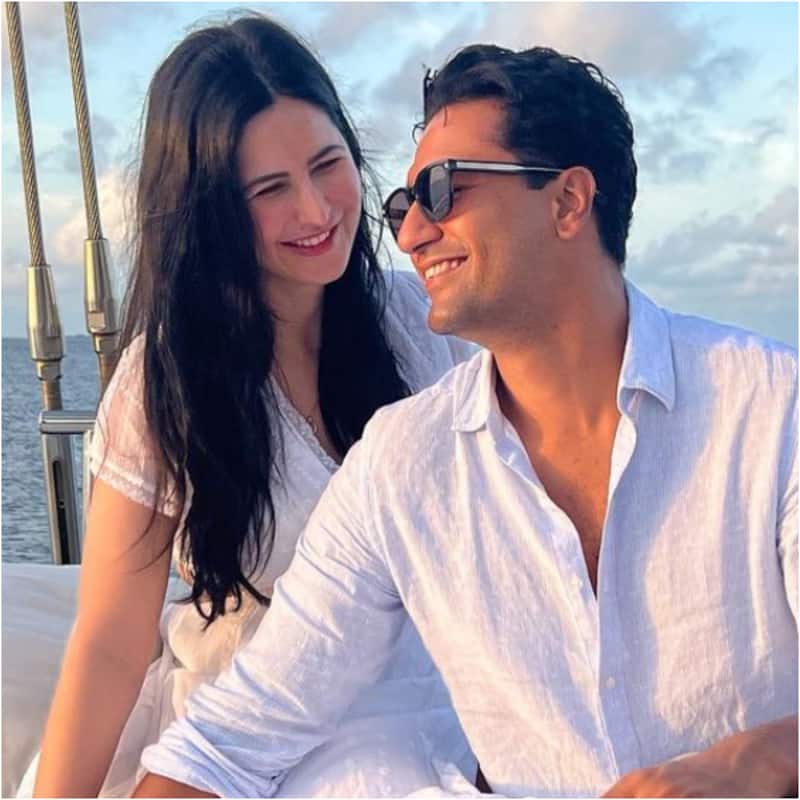 Katrina Kaif and Vicky Kaushal tied the knot in December last year. Before their wedding, the actors never spoke about their relationship, but of course, there were reports about it. Vicky and Katrina have been giving their fans a lot of couple goals and their social media PDA is loved by one and all. A couple of weeks ago, on Koffee With Karan 7, Vicky Kaushal had come with Sidharth Malhotra, and the Masaan actor had spoken up about his wife. Also Read - KWK 7: Maheep Kapoor's marriage advice for Alia Bhatt-Ranbir Kapoor, Deepika Padukone-Ranveer Singh, Vicky Kaushal-Katrina Kaif

Now, in the upcoming episode of Koffee With Karan 7, Katrina Kaif will be seen with her Phone Bhoot co-stars Siddhant Chaturvedi and Ishaan Khatter. The promo of the episode was launched a couple of days ago, and everyone is looking forward to it. Also Read - Koffee With Karan 7: Gauri Khan FINALLY opens up on Aryan Khan's arrest in drugs case, 'Nothing can be worse'

According to reports, Katrina has spoken up about her hubby in the episode. While revealing their love story she stated that he was never on her radar. He was just a name she had heard and never even associated with it. “But then, when I met him, I was won over,” the actress added. Also Read - Kareena Kapoor Khan Birthday: Dig at Priyanka Chopra to speaking about ex Shahid Kapoor; Bebo's sassiest moments on Koffee With Karan

The first person she told about Vicky was Zoya Akhtar. They had met at the party hosted by the filmmaker. She further stated that it was in her destiny and there were so many coincidences that at one point she felt that everything is unreal.

Vicky and Katrina’s love story actually started on Koffee With Karan 6. Katrina had stated that she will look good with Vicky. When Karan told this to Vicky, he did a gesture of fainting. In this season, Sidharth also joked that in last season Vicky’s Roka (engagement) had happened on the show.

Well, there have been rumours that Katrina and Vicky are expecting their first child. However, the couple has not yet confirmed it.