Koffee With Karan 7: Netizens call out Karan Johar for 'disrespecting' Hina Khan and Helly Shah while talking about Indian representation at Cannes 2022

Koffee With Karan 7: Netizens are calling out Karan Johar for allegedly disrespecting Hina Khan and Helly Shah for their Cannes 2022 appearances. Karan had asked Sonam Kapoor about her thoughts on Indian representation at Cannes this year. 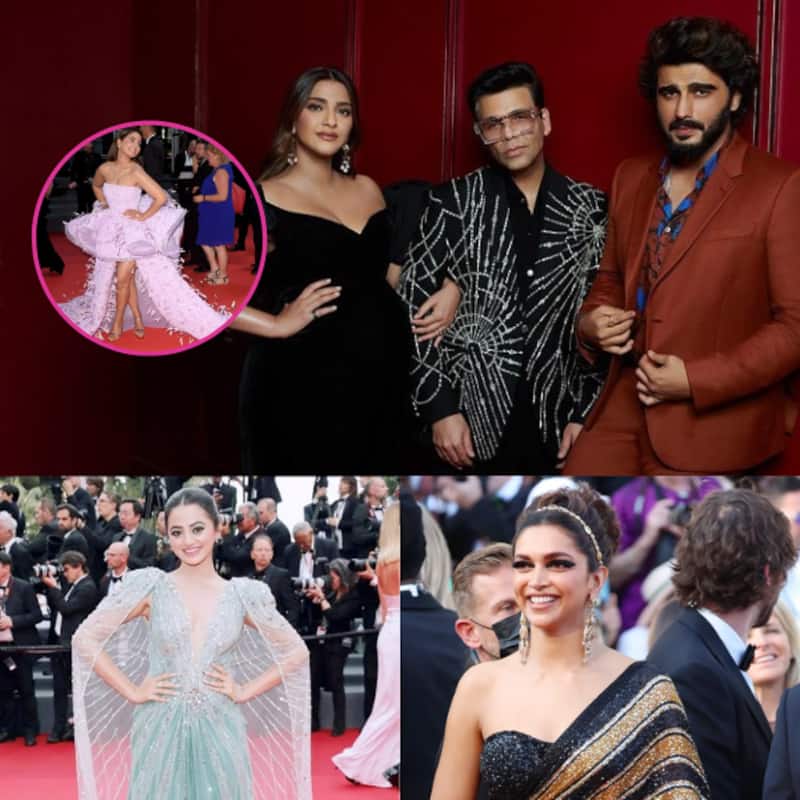 Koffee With Karan 7's latest episode dropped on the OTT platform a couple of hours ago. This time the guests were celebrity cousins Arjun Kapoor and Sonam Kapoor Ahuja. It's also Raksha Bandhan and the episode makes it even more special. While Sonam Kapoor was hilarious, she also had a mature side. Arjun Kapoor was getting trolled by Sonam. Arjun's mature side while talking about his relationship with Malaika Arora warmed hearts. However, there's a segment that took place when Karan Johar mentioned Cannes and the host is being called out for allegedly disrespecting Hina Khan and Helly Shah along with others who also attended Cannes 2022. Also Read - Karan Johar breaks silence on not being invited to Katrina Kaif and Vicky Kaushal's wedding: 'It got very embarrassing...'

While on the Koffee Kouch, Karan Johar asked Sonam Kapoor about her thoughts about the Cannes Film Festival and the red carpet this year. Sonam Kapoor had given the event a miss this time. Sonam revealed that she got a lot of messages because she didn't attend Cannes this year. Sonam said that she has been trolled for her sartorial choices for Cannes before and hence she wasn't in the position to comment on the dressing of who wore what. When Karan asked her if she should Cannes had a good Indian show this year, Sonam countered him asking Karan about his opinion. Karan bluntly said that he didn't think it was up to speed. Also Read - KWK 7: Maheep Kapoor's marriage advice for Alia Bhatt-Ranbir Kapoor, Deepika Padukone-Ranveer Singh, Vicky Kaushal-Katrina Kaif

Sonam Kapoor asked Karan who he thought was the best dressed at the Cannes, Karan quickly replied Deepika Padukone. Sonam agreed. The actress proceeded to ask who all went. It seems Sonam wasn't updated about Cannes and had only come across Deepika Padukone's look at Cannes 2022. Karan pointed out that there were many and this year had a wide Indian representation. He also named Aishwarya Rai Bachchan. However, he added that he had no clue if they went on their own or if they were invited. Sonam said that one cannot just go unless they are invited or they are paying. Karan added that one can show up and start walking on the Croisette. It has not gone down well with netizens who felt that Hina Khan and Helly Shah were disrespected by Karan Johar. Koffee With Karan 7 is widely discussed in entertainment news. Check out the tweets here: Also Read - Koffee With Karan 7: Gauri Khan FINALLY opens up on Aryan Khan's arrest in drugs case, 'Nothing can be worse'

He also ignored #AishwaryaRaiBachchan at first & placed her after #DeepikaPadukone.

He is so arrogant and disrespectful towards anyone who is not in his inner circle .. Hina was best dressed this season and it’s not her first time .. her every outfit excelled .. Helly looked beautiful too

Kjo in KWK new episode
1. Trying hard to get atleast one controversial statement from Sonam.
2. Adding Kapoor whenever Sonam mentions about Ranbir.
3. Dissing about others celebs other than Deepika nd Aish who attended Cannes.#KoffeeWithKaran #KaranJohar

It's #KaranJohar's habit of disrespecting ITV actors. He can never digest if any other actor achieves smthing which haven't been achieved by his chamchas or clan.

#KaranJohar ?? you are not going to change right. #SonamKapoor stop thinking you are the DIVA . #HinaKhan was best dressed at #Cannes2022 you just want content for #KoffeeWithKaran7 https://t.co/WxBlBKdjXn

Elsewhere, the latest episode of Koffee With Karan 7 was entertaining because Sonam Kapoor goofed up a lot of times. She called Ek Villain Returns a thirst trap, didn't remember the names of Ranbir Kapoor's films, Shamshera and called Brahmastra, Shiva No 1. Arjun Kapoor's mature side with respect to his career and his relationship with Malaika Arora was endearing to see.