Koffee With Karan 7: Sidharth Malhotra and Kiara Advani have been in a relationship for the past few years, and recently, Karan Johar hinted that they might get married. 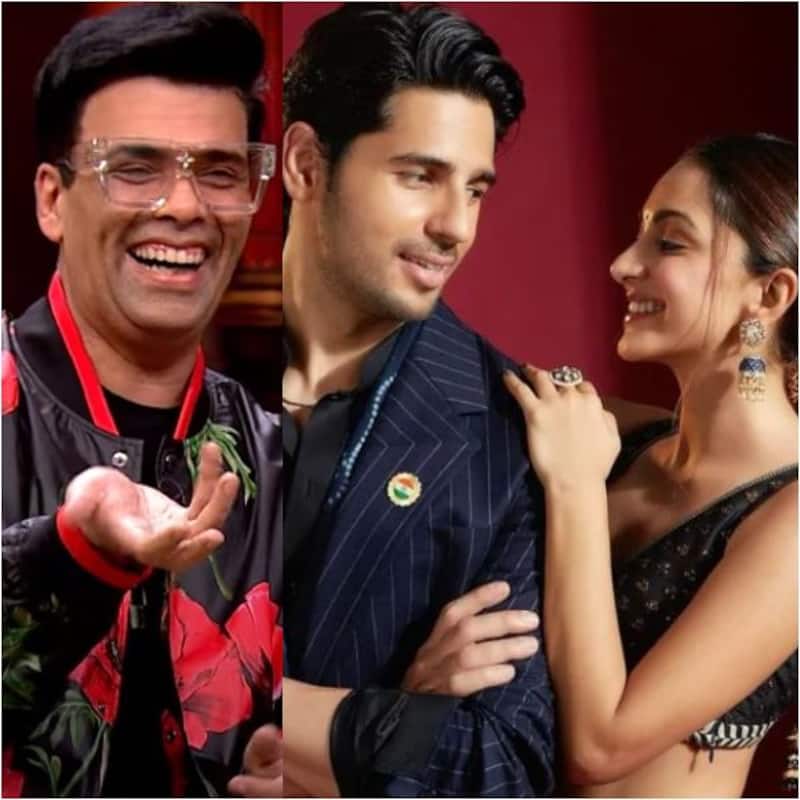 Koffee With Karan season 7 is making it to the headlines mostly every week. The upcoming episode will have the Punjabi Mundas Vicky Kaushal and Sidharth Malhotra. The two are undoubtedly one of the hottest actors we have in the industry and it will surely be amazing to see them revealing some interesting details about their life on the show. Recently, the new promo of Koffee With Karan 7 was released and Karan Johar dropped a hint that Sidharth and Kiara Advani might get married soon.

Sidharth and Kiara’s relationship has been in the entertainment news for the past few years. The Shershaah jodi is also spotted multiple times together by the paparazzi. But, they haven’t yet openly spoken up about their relationship.

In the promo shared by Karan Johar, the filmmaker asks Vicky Kaushal that the last time when he came on the show was momentous for him, and Sidharth jokes and says, “Iska toh roka hua tha yaha pe.”

Further, Karan asks Sidharth as you are dating Kiara Advani any future plans. So, Sidharth replies, “I am manifesting it today.” To this Karan quickly replies, “That you will marry Kiara Advani.” The Yodha actor then just says ‘sorry’ with a wicked smile. Karan replies and says, “Yeh bada biba munda hai.” Check out the promo below…

They're the men of the moment and they're bringing the full Punjabi feels to the Koffee couch! Manifesting a spicy brew this time around?

Well, a few months ago, there were reports that Sidharth and Kiara have parted ways. However, later it was reported that Karan became the cupid and got them back together.

Sidharth and Kiara’s jodi in Shershaah was also loved by one and all. Reportedly, the two are also going to soon star in a romantic film. However, there’s no official announcement about it. Meanwhile, let’s wait and watch whether we will get to hear the wedding bells soon or not.