Koffee With Karan 7 new promo: Sonam Kapoor makes BIG revelation about her brothers sleeping with her friends; Arjun Kapoor feels he is on the show to be trolled [Watch]

Koffee With Karan 7: This week Sonam Kapoor and Arjun Kapoor will be seen making some interesting revelations on Karan Johar's chat show. Read on to know more... 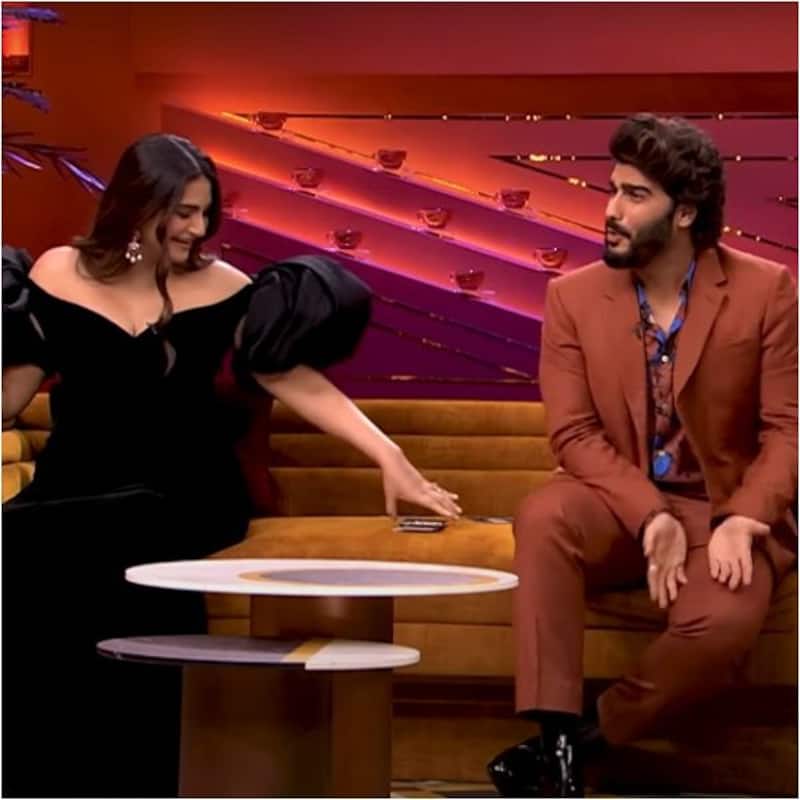 Koffee With Karan season 7 has been grabbing everyone’s attention. Till now, many celebs have made shocking revelations on the show while having coffee with Karan Johar. Now, this week, cousins Sonam Kapoor and Arjun Kapoor are all set to grace the show, and the makers have unveiled a promo of the episode. Karan took to Twitter to share the promo. He posted, “This episode is all about the S and M : side-splitting laughter and mind-boggling revelations. Watch the sixth episode of #HotstarSpecials #KoffeeWithKaranS7 streaming this Thursday from 12:00am only on Disney+ Hotstar. @DisneyPlusHS @sonamakapoor @arjunk26.” Also Read - Karan Johar breaks silence on not being invited to Katrina Kaif and Vicky Kaushal's wedding: 'It got very embarrassing...'

This episode is all about the S and M : side-splitting laughter and mind-boggling revelations.

In the promo, we can see that Sonam asks Arjun what’s the most annoying thing about her and the actor reveals that she doesn’t wait for anyone to give her a compliment; she gives compliments to herself. Sonam replied, “It comes from Anil Kapoor’s daughter.” Also Read - KWK 7: Maheep Kapoor's marriage advice for Alia Bhatt-Ranbir Kapoor, Deepika Padukone-Ranveer Singh, Vicky Kaushal-Katrina Kaif

Further, Karan Johar asks Sonam how many friends of her Arjun have slept with. To this Sonam says, “I am not discussing it, between my brothers there’s no one left.” Karan jokes about what kind of brothers to do you have, so Arjun replies, “What kind of sister are you?” Arjun also says that he feels that he has been called on the show to be trolled by Sonam. Also Read - Koffee With Karan 7: Gauri Khan FINALLY opens up on Aryan Khan's arrest in drugs case, 'Nothing can be worse'

We all know that Arjun is dating Malaika and on the show, he reveals that he has saved his girlfriend's number with her name as he likes the name ‘Malaika’.

Sonam is currently expecting her first child and we can see the pregnancy glow on her face. The actress has one movie lined up which is titled Blind. The film is a remake of a Korean movie of the same name. Reportedly, it was supposed to release on an OTT platform, but there’s no official announcement about it.