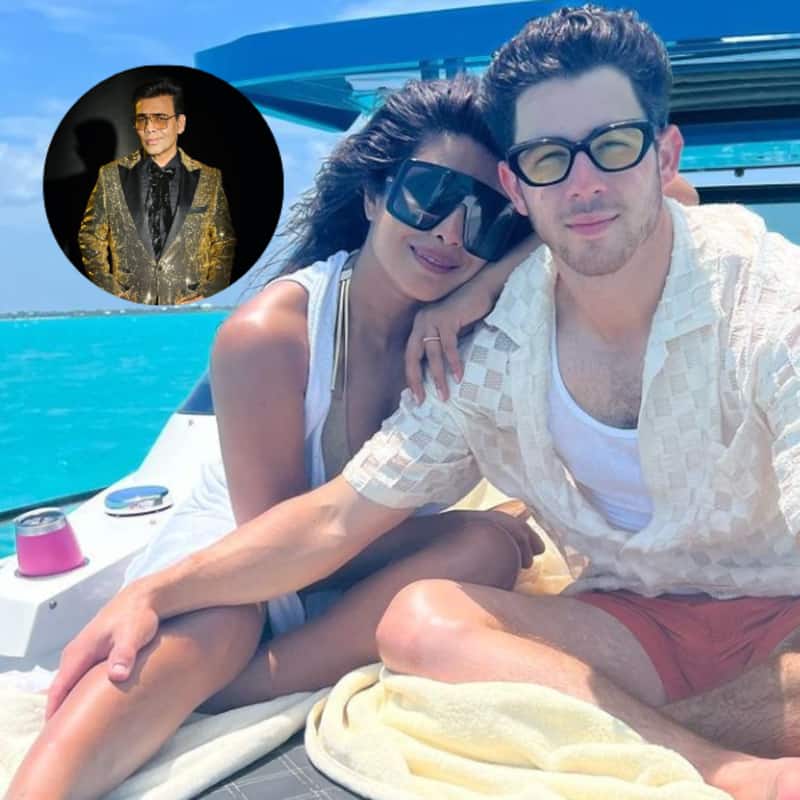 Koffee With Karan 7 is going to hit the OTT space soon. Karan Johar is coming up with a brand new season of one of the most entertaining chat shows. Promotions of Koffee With Karan 7 are in full swing. Vijay Deverakonda-Ananya Panday, Sara Ali Khan-Janhvi Kapoor and more celebs will be gracing the Koffee Kouch. And the latest name to join the list is Priyanka Chopra and Nick Jonas. Yep, you read that right! Check out the whole report below: Also Read - Koffee With Karan 7: Aamir Khan gets BRUTALLY trolled for accidentally naming Rohit Shetty as a cricketer; netizens say, 'Thanks for the laughs'

Priyanka Chopra-Nick Jonas to appear on Koffee With Karan?

As per a report in an online entertainment portal, Priyanka Chopra and Nick Jonas are in talks for Koffee With Karan. The celebrated couple has not made any public appearances after their wedding in the country. And Koffee With Karan 7 seems like a good opportunity for one of the most popular couples to reveal their story. However, right now, talks are going on and there is no official confirmation about the same. But imagine, if Priyanka Chopra and Nick Jonas agree to feature on Koffee With Karan 7, we'd get to hear their love story from the duo themselves. Moreover, there's in no way that Karan would not ask about their little munchkin Malti Marie Chopra Jonas. Also Read - Koffee With Karan 7: Kareena Kapoor Khan joins Sara Ali Khan, Samantha Ruth Prabhu and others to talk about exes; here's what she has to say about Shahid Kapoor

Recently, Karan Johar dropped a promo of himself in which he reacted to the trolls and was seen pleading with the celebs to make an appearance on his chat show. It was a goody video indeed. Talking about the guests, apart from Sara Ali Khan - Janhvi Kapoor, Vijay Deverakonda - Ananya Panday, Karan Johar's chat show Koffee with Karan 7 will reportedly feature guests such as Ranveer Singh and Alia Bhatt, Varun Dhawan and Anil Kapoor, Ram Charan and Jr NTR, Karishma Kapoor and Kareena Kapoor Khan and Arjun Kapoor and Malaika Arora to name a few. And if Priyanka Chopra and Nick Jonas agree, they might be added in the list too. Also Read - Koffee With Karan 7: Kareena Kapoor Khan opens up on equation with step-children; says, 'I don't even know why this is discussed so much'

What are your thoughts? Do you want to watch Nick Jonas and Priyanka Chopra on Koffee With Karan 7?