Koffee With Karan 7: Ranveer Singh expresses is displeasure when Alia Bhatt chose Ranbir Kapoor as a better dancer, he angrily walks off from the show. 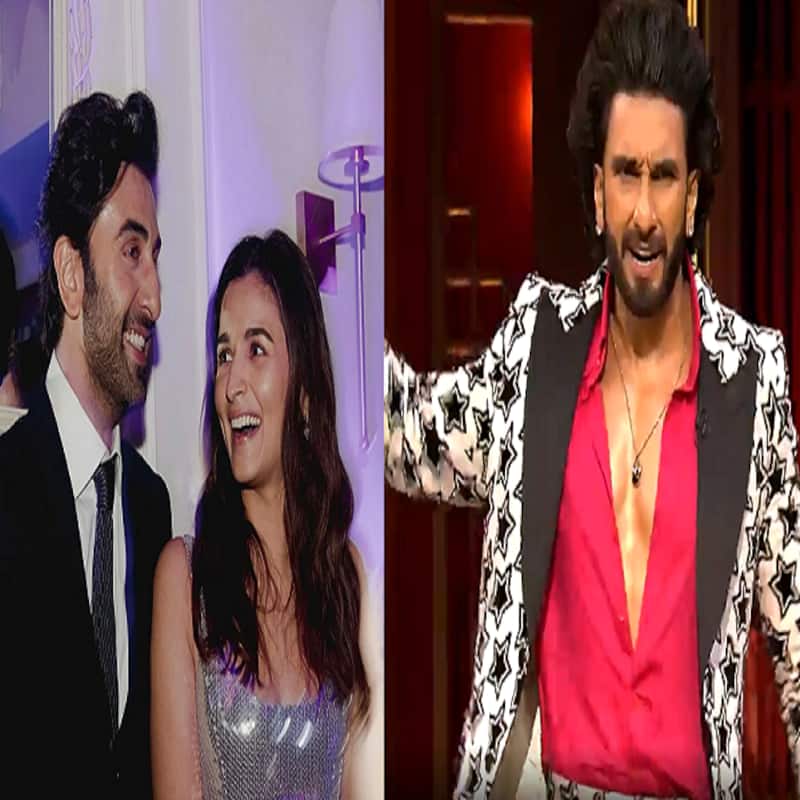 Koffee With Karan 7 will be aired tomorrow and as Ranveer Singh celebrates his birthday today it is Karan Johar's token of love for his actor as he will be airing his episode first on season 7. The promo of Ranveer Singh and Alia Bhatt is streaming online and it has created quite a stir on the internet. From Alia breaking the myth of suhaagraat to Ranveer turning into Pammy and getting all exciting to win the hamper. In the promo we can see Alia having her blond moment as well, when she was asked about her marriage, she spoke about Karan Johar's marriage and this gave Ranveer a golden chance to take a funny dig at her by calling the Gangubai Kathiawadi actress, 'Genius of the year'. Also Read - Vijay Deverakonda made out in a car, Arjun Kapoor inside a place: MOST weird places celebs had s*x will make you cringe

Well, if you thought it was over, then wait. In the end when we see Karan Johar playing his routine game by asking the celebs to pick their favourite co-star to best dancer in the industry to on and on. Also Read - Throwback Tadka: Masaba Gupta opens up on the risk of plunging from fashion to acting with Masaba Masaba; reveals how nervous she was [Exclusive Video]

When asked Alia to pick her favourite co-star between Ranveer and Varun Dhawan and going by the promo it looked like she chose Varun over him and that left him upset and he walks off the show. While Karan insists on him to come back he says, "Kaayka? (Why should I)," and then later he slams Alia, "Yeh kya hai, Ranbir is a better dancer, I am better at chemistry, dost ke naam pe Kalank." Alia was a tad bit shocked by seeing Ranveer getting upset. Also Read - 'Boycott Dobaaraa' trends; Taapsee Pannu-Anurag Kashyap's wish comes true; they finally join Akshay Kumar, Aamir Khan's league

Well, we all have seen how competitive Ranveer is and we are sure there will be an amazing twist in the entire episode. Earlier when Ranveer Singh appeared on Koffee With Karan along with Ranbir Kapoor, both the actors took funny digs at each other, and even at that time, we saw Ranveer getting upset with Arjun Kapoor when he picked Ranbir over him.