Koffee With Karan 7: Sonam Kapoor made a blunder with Ranbir Kapoor's film made and left brother Arjun Kapoor embarrassed and how. 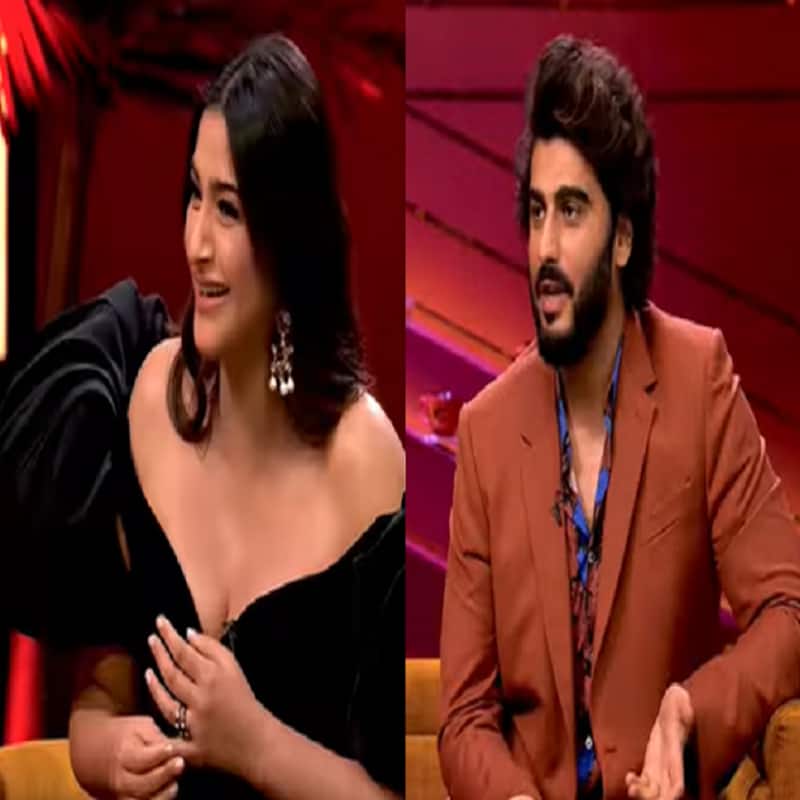 Only Sonam Kapoor can do this Sonam Kapoor is heavily pregnant and is expected to deliver her baby in August. And boy she is slaying in the latest promo of Karan Johar's Koffee With Karan 7 episode. Sonam and Arjun Kapoor will be seen together on the show and boy the promo is hilarious and how. The Veere Di Wedding actress makes her fans go bonkers with her statements from revealing her brothers who have slept with her friends to forgetting Ranbir Kapoor's film name Brahmastra and calling it ' Shiva Number 1' leaving Arjun Kapoor highly embarrassed. Also Read - Salman Khan's Tiger Zinda Hai director Ali Abbas Zafar and wife blessed with a baby girl; reveals daughter's name with a sweet note [READ HERE]

Sonam Kapoor made a blunder with Ranbir Kapoor's film made and left brother Arjun Kapoor embarrassed and how. Also Read - From Sonam Kapoor in hospital to Shah Rukh Khan's ageing look: 7 FAKE pictures of Bollywood stars that went viral in no time

Sonam is seen praising parsing Ranbir and calling him the best s he is everywhere promoting Ayan Mukerji's film. Tow him Karan asks what is the film's name, she says it' Shiva Number 1' leaving Arjun Kapoor embarrassed as he turns his down and calls her amess. while Karan Johar who is also the producer of this film couldn't stop his laughter after this major blunder made by Sonam. Well, he knows SK and is aware that she won't do these mistakes purposely. Even the users on social media had a field day with this hilarious blunder by Sonam. Also Read - Tiger 3 star Salman Khan to Brahmastra actor Ranbir Kapoor: Here is a list of Bollywood celebs and their favourite street food

Arjun Kapoor was also not very happy with Sonam Kapoor's too much information on the show and he even admitted that he said that he feels she is called on the show for getting trolled by her. While Arjun who is in a relationship with Malaika Arora was asked what name he has saved to which he revealed that he likes her name and has kept the same name. This is clearly going to be the hilarious episodes.