Koffee With Karan 7: Was Ananya Panday dating Kartik Aaryan as well? Mom Bhavna Panday feels she looks the best with him

Koffee With Karan 7: Karan Johar once again said that Ananya Panday dated two boys at the same time and he even revealed of she being in a relationship with Kartik Aaryan. 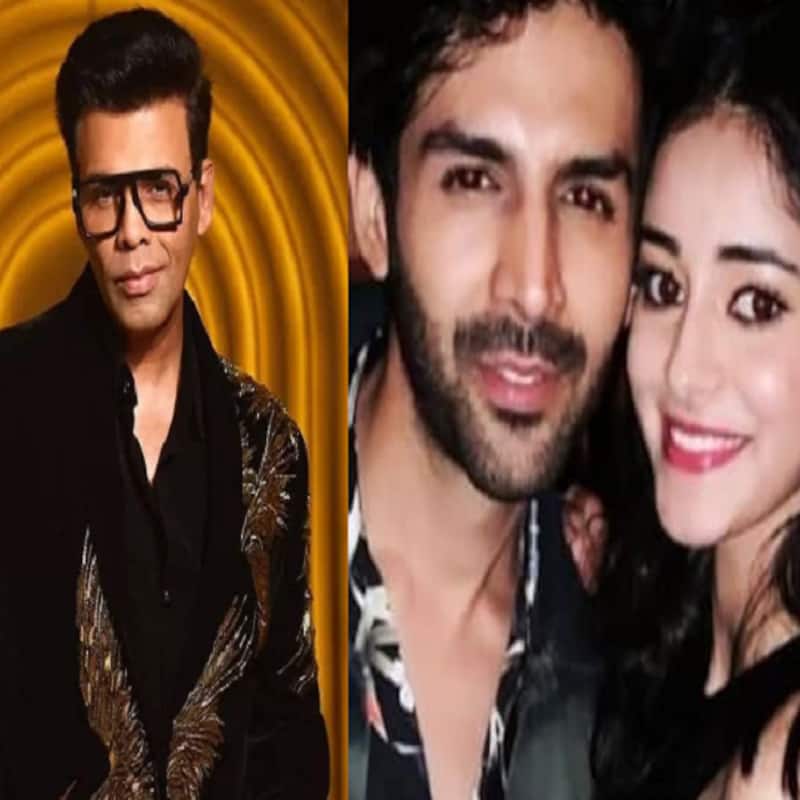 Say what? Kartik Aaryan was also in a relationship with Ananya Panday. The couple who were seen together in Pati, Patni Aur Woh dated each other in real life too. And this revelation was made on Koffee With Karan 7 show by Karan Johar himself. In the latest episode, we saw Bhavana Panday making her Koffee debut along with her BFFs Gauri Khan and Maheep Kapoor where she was asked by the host of the show whom does Ananya look better with and he named Kartik Aaryan, Ishaan Khattar and Siddhant Chaturvedi as the actress has worked with these men in the industry. While Bhavna said that she feels Ananya and Kartik look the best. Karan said, " Really? then why did they break up?". Bhavana raised her eyebrows and said, " Did they? well, never say never". Also Read - Aryan Khan, Navya Naveli Nanda, Salman Khan showcase their stylish avatar at Chunky Panday's birthday bash [View Pics]

Karan Johar once again said that Ananya Panday dated two boys at the same time Also Read - Ananya Panday dating two men, Ira Khan gets engaged and more: Star kids who are in the news all thanks to their interesting love lives

Karan even alleged again that Ananya dated two boys at the same time after Gauri Khan asked what dating advice she would like to give Suhana, she said, " Never date two boys at the same time". Immediately Karan said, " I think Ananya did that?". Bhavana reacting to it said, " I don't think she dated two boys, but she broke up with one because she wanted these two boys". Is Bhavana talking about Ananya breaking up with Ishaan because she wanted to date Kartik and Vijay Deverakonda? Also Read - Trending South News Today: Vijay Deverakonda’s Liger on OTT; Tamannaah Bhatia reveals the reason why she doesn’t go on fancy dinners and more

Well, the confessions were saucy and scandalous at the same time, but this revelation of Kartik Aaryan dating Ananya Panday raised a lot of eyebrows. Well, on the same show, Karan Johar confirmed in his interaction that Sara Ali Khan and Kartik Aaryan were in a relationship after she confessed to having a crush on him, however, the couple got separated. When Sara was on the show and asked why is her ex, ex. To which she said, " Because he is everybody's ex". Kartik was alleged also dating Jahnvi Kapoor. Kartik Aaryan is the new casonavo in town and we wonder if he will object to the this title.