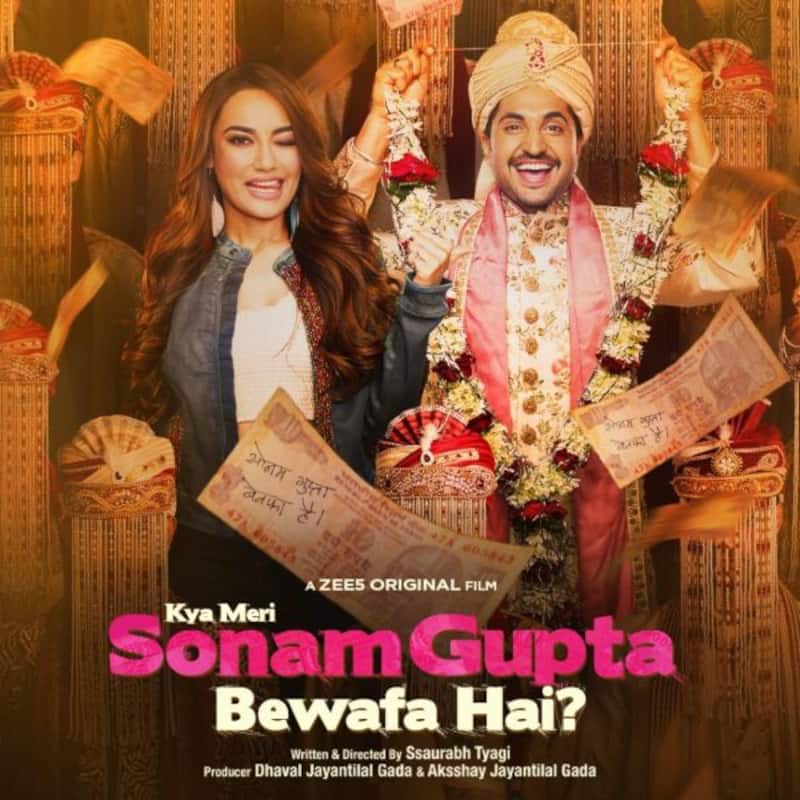 Set in a small town in Uttar Pradesh, Kya Meri Sonam Gupta Bewafa Hai is about ayoung man, Sintoo, who falls in love with Sonam Gupta, the town’s heartbeat and a girl way out of his league. The story unfolds when Sonam reciprocates hisfeelings, leaving Sintoo all the more confused. What happens after is a series of comedy of errors, where a line written on a note goes viral and starts a chain of events. Whether the movie has a happy ending or not is to be found out. Also Read - Sumbul Touqeer Khan from Imlie to Ulka Gupta from Banni Chow Home Delivery: Dusky beauties of TV will take away your breath for sure

Manish Kalra, Chief Business Officer, ZEE5 India says, “There is a story waiting to be told in every nook andcorner and we are glad to be picking on these stories and presenting it to alarger audience. ‘Kya Meri Sonam Gupta Bewafa Hai’ is based on a true incidentbut it picks up from there and completes the narrative. We are sure that peopleare curious to know why something written on a currency note was trending andwe thought it would be interesting to tell a fictionalized story based on thisviral incident. This movie is romantic, funny, witty and has a message. It is acomplete package, and we are excited for the premiere.” Also Read - Palak Tiwari, Himanshi Khurana, Nia Sharma, Surbhi Jyoti and other actresses whose red outfits you'd love to have in your closet [View Pics]

Dr. Jayantilal Gada, Chairman and MD, Pen Studios, said “The film’s script is very inspiring and interesting. Taking aviral incident that caught nations attention and making a content drivencontemporary story out of it was something that caught our attention. We at PenStudios focus on strong content, and this film has it.”