Lock Upp: Munawar Faruqui's girlfriend Nazila who have been making a lot of public appearances was asked about her equation with Anjali Arora and her reaction is just unmissable 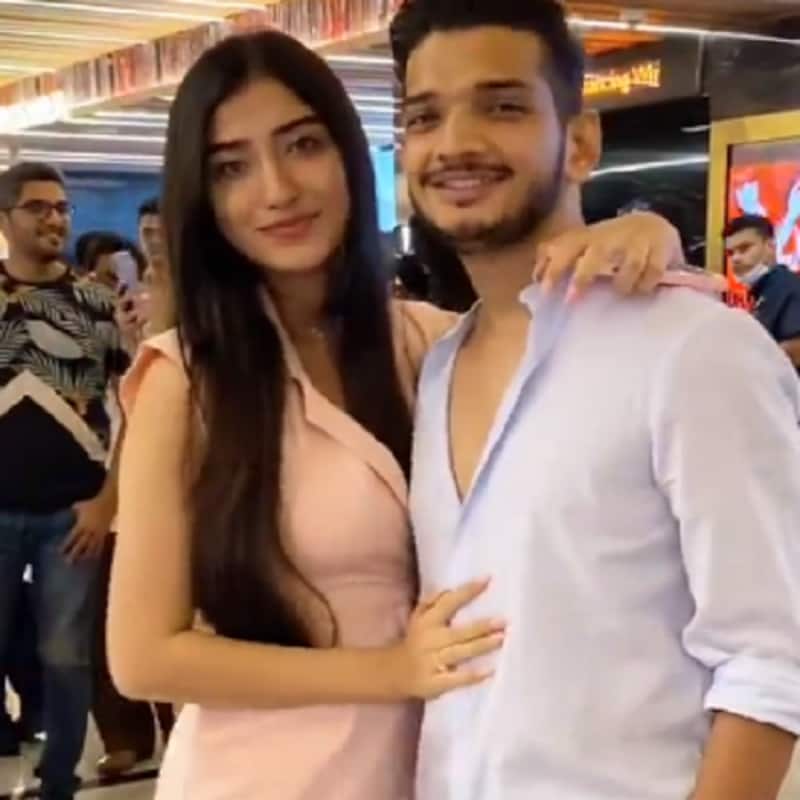 Now, this is not surprising and we did see this coming. Munawar Faruqui who managed to win the show was seen bonding big time and creating a fake love story with fellow contestant Anjali Arora in the Lock Upp house. But as soon as the show came to an end and Munawar was declared a winner of the show, he introduced the world to his real girlfriend Nazila. While Nazila is extremely happy with the Munawar's win, she wasn't very supportive of his fake love angle with Anjali Arora but later understood it was a part of the game. Also Read - Imlie: Fahmaan Khan and Sumbul Touqeer's unspoken chemistry leaves fans awestruck [Watch Video]

Nazila who has been making a lot of public appearances along with Munawar Faruqui was quizzed by ETimes about Anjali Arora and her reaction to it is indeed unmissable. She said, " I don’t want to talk about this. I am not open to this conversation." When probed, she said, " I am so sorry. I am not free right now. Can I speak to you later?" Also Read - Darlings: Alia Bhatt's film is to premiere on Netflix on August 5 — Here's all you need to know about the film

While it is reported that Anjali Arora too wasn't very happy with Nazila's presence at the Lock Upp success bash. And even royally ignored her at the party that was attended by the entire Lock Upp contestants except for Payal Rohatgi who has a lot of complaints about Munawar's win as she was the second runner-up. In one of the videos, we can see Anjali having her time at the success bash of Lock Upp ignoring Nazila. Also Read - Koffee With Karan 7: Alia Bhatt shares deets about her 'suhagraat' with Ranbir Kapoor on Karan Johar's chat show [Watch Video]

While Munnar in one of his interviews had opened up about Nazila's reaction to his closeness with Anjali in the Lok Upp house, " I know it must have not been easy for her to watch all that happened as I and Anjali were very close and she went through a lot of emotions, but in the end, she understood the game and supported me. Most importantly, she had complete trust in me". In the show, Munawar even revealed the biggest secret of his life about being married and also has a son from his first wife. The stand-up comedian even opened up about being sexually assaulted as a child.