Starring Bobby Deol, Sanya Malhotra and Vikrant Massey, Love Hostel traces the volatile journey of a spirited young couple being hunted by a ruthless mercenary, with the star-crossed lovers take on the entire world in search of their fairy-tale ending 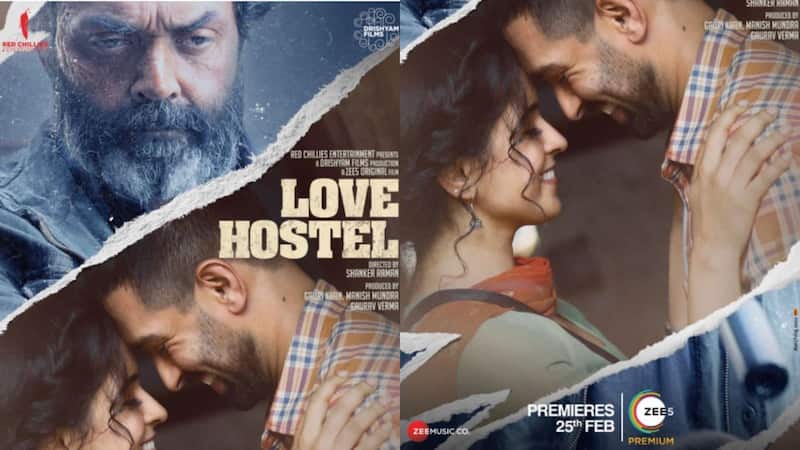 Love Hostel, starring Bobby Deol, Sanya Malhotra and Vikrant Massey, is written and directed by Shanker Raman, and produced by Shah Rukh Khan and Gauri Khan's Red Chillies Entertainment. Five years after Gurgaon, director Shaker Raman returns with Love Hostel. The film is another North Indian-set thriller. The makers of Love Hostel have now dropped the first look poster of the ZEE5 thriller, and it's a perfect dichotomy, with Bobby Deol sending chills down your spine while Sanya Malhotra and Vikrant Massey set couple goals, oblivious to the threat lurking just above them. Check it out below: Also Read - Trending South News Today: RRR once again in Oscars 2023 race, Ponniyin Selvan I star Vikram Chiyaan reveals his favourite Bollywood dialogue and more 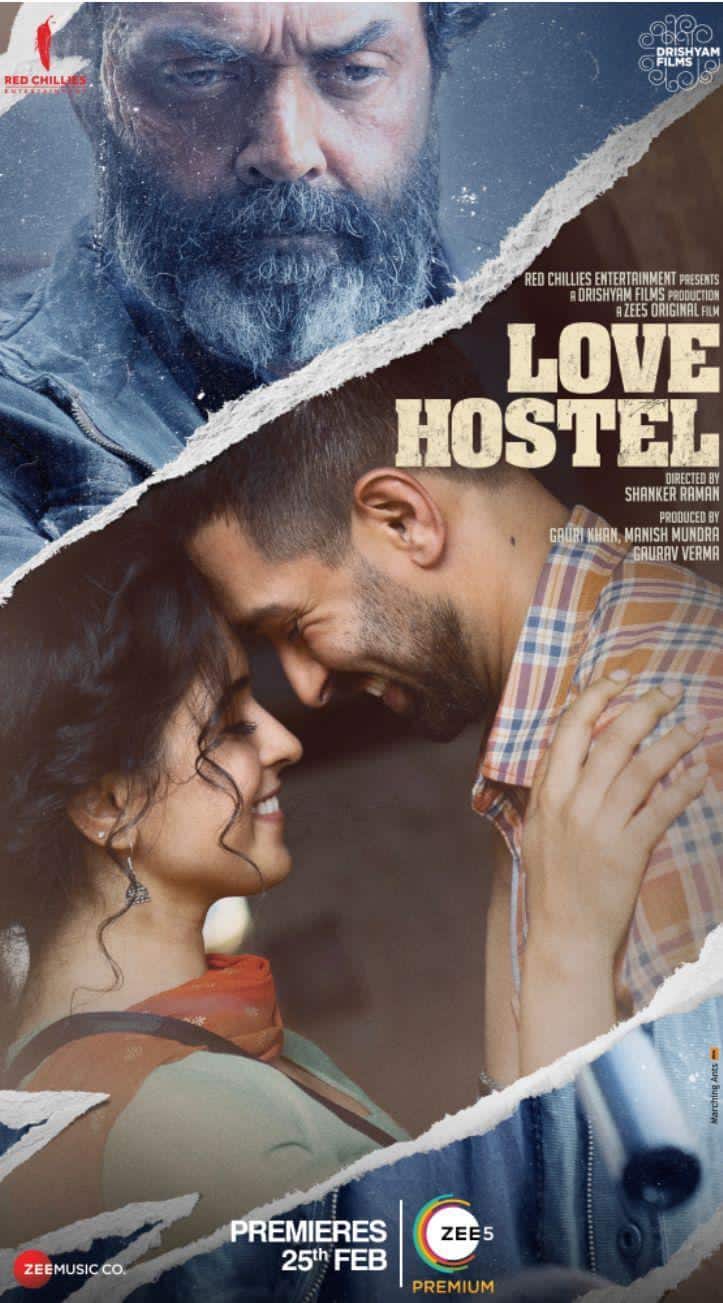 Love Hostel traces the volatile journey of a spirited young couple (Sanya Malhotra and Vikrant Massey) being hunted by a ruthless mercenary (Bobby Deol), with the star-crossed lovers take on the entire world in search of their fairy-tale ending. Set against the pulsating backdrop of rustic North India, Love Hostel is tale of hope and survival in a world where power, money, principles lead to mayhem and bloodshed. Also Read - Laal Singh Chaddha: Aamir Khan goes back on his words; film premieres on OTT within 55 days of its release following poor box office collection [Read Deets]

Discussing the casting process, Director Shanker Raman said, "Sanya (Sanya Malhotra) and Vikrant (Vikrant Massey) were an easy choice. Their body of work speaks volumes. More importantly, they loved the script. It is always a pleasure to work with actors who love the written word. They were so easy to be with. Open, participative, and passionate about raising the bar.”

The surprise, then, was Bobby Deol. “It was Gaurav Verma from Red Chillies who suggested that we could narrate the script to Bobby," Shanker recalled. “I feel that was one of the best things to have happened. Bobby gave us great feedback, but he wasn’t sure if he wanted to do it. We went back and wrote another draft, and it was only then that he said, 'Yes.'”

The suggestions helped elevate the emotional quotient of the film. “He prepared for the role by absolutely surrendering to the process. For a director, that is gold. Bobby brought credibility to the role with total commitment,” Shankar concluded.