Ponniyin Selvan Part 1 and 2 have been sold for digital streaming on leading OTT platform much ahead of release. Mani Ratnam fetches whopping price of his magnum opus. 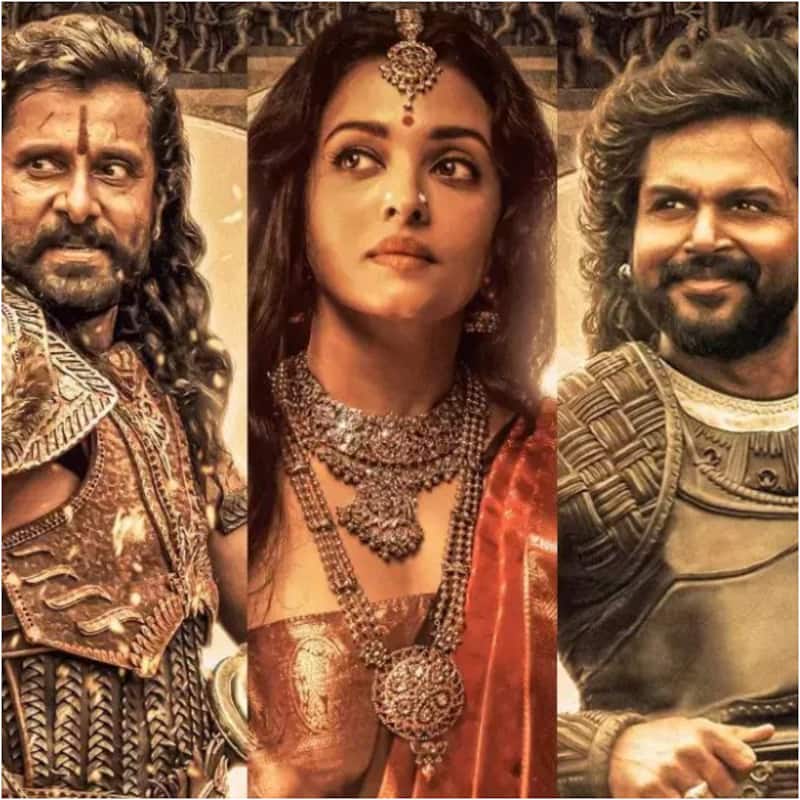 Ponniyin Selvan directed by Mani Ratnam is one of the most awaited films of recent times. The film's Part 1 will release in theatres on September 30 and it boasts of an enviable ensemble star cast with Aishwarya Rai Bachchan, Chiyaan Vikram, Trisha Krishnan, Karthi amongst others. However, even before the film hits theaters, the magnum opus has been sold to Amazon Prime Video for a whopping price. It is two-part frilm and as per reports, the digital streaming rights of both Ponniyin Selvan part 1 and part 2 will stream on Amazon Prime Video for a whopping price. While Part 1 releases this month, the Part 2 release date is not yet confirmed and it is said that the makers will announce the same looking at the response to Part 1. Also Read - Ponniyin Selvan 1: Mahesh Babu, Anushka Shetty and more South Indian actresses and actors who rejected Mani Ratnam's magnum opus

The film's trailer has been a hit and fans are waiting to witness grand film and have a visual spectacular experience on the big screen. The makers are confident of their film and it seems so is the trade. That is why, even when films have been unexpectedly crashing at the box office, Ponniyin Selvan has struck an OTT deal already. It is being said that Mani Ratnam fetched a whopping sum of Rs 125 crore for his film's OTT release. The film will make another HUGE profit with its satellite rights that are sold to Sun TV. Though the price is not disclosed, it is said to be massive as well. Not just this, the grad trailer and audio release event will also be aired on the channel a few days leading up to Ponniyin Selvan's theatrical release. Also Read - Upcoming new movies and web series this week: Hrithik Roshan-Saif Ali Khan’s Vikram Vedha, Chiyaan Vikram’s Ponniyin Selvan 1 and more

Is this the Brahmastra effect?

Brahmastra which released recently in multiple languages has raked in massive profits at the box office. The visually spectacular film starring Ranbir Kapoor and Alia Bhatt forced audience to throng theatres. Ponniyin Selvan is also of the same grand scale and watching it on the big screen will be an experience in itself. It has been observed that films that do well in theatres (case in point KGF 2, RRR, Pushpa) also do well upon their OTT release since they have the repeat watch value for the audience. With Brahmastra breaking the dry spell at the box office, the belief in Ponniyin Selvan just gets stronger. Add to it the fact that it is helmed by a director who is respected and loved for his kind of filmmaking and then the amazing star cast. Apart from the leads, the film also stars Prakash Raj, Sobhita Dhulipala, Aishwarya Lekshmi, Prabhu, Jayaram and Lal and the music is given by none other than the music maestro himself, AR Rahman. Also Read - Ponniyin Selvan I: Mani Ratnam REVEALS THIS Bollywood star is a part of the film; says 'couldn't afford' movie with Kamal Haasan