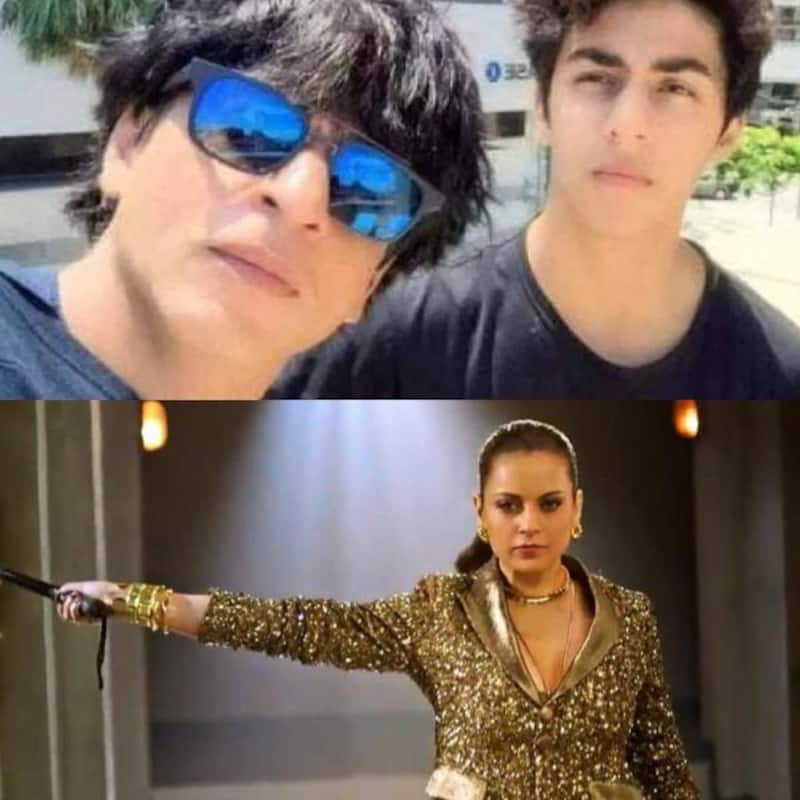 From Shah Rukh Khan's son, Aryan Khan, penning a web series and ZEE5's Sutliyan trailer to the second contestant of Kangana Ranaut's Lock Upp, Karan Mehra's possible entry in Lock Upp and comedian Sumaira Shaikh's Dongri Danger trailer; it's time to take a look back at all that went down today in the web world today. Here's all what grabbed headlines to make it to the trending OTT news today... Ergo, it's time to make a note of the biggest newsmakers from the digital space who've made it to the trending OTT news today. Also Read - Ranveer Singh-Deepika Padukone, Aamir Khan-Karisma Kapoor and more Bollywood stars who shared the hottest lip-lock scenes [View Pics]

So, without further ado, here are the OTT newsmakers of 22nd February 2021:

Shah Rukh Khan's son, Aryan Khan, is set to kick off his career in Bollywood as a writer. It seems one of his projects is being discussed with Amazon Prime India. Also Read - R Madhavan's Rocketry: The Nambi Effect to become a success like The Kashmir Files? Vivek Agnihotri reacts

Produced by Manor Rama Pictures, Sutliyan is touted to be a heartwarming story of a family where the adult children return to their family home in Bhopal, the city where they grew up, weeks before Diwali. As they meet after years, trying to come to terms with situations, they are burdened with emotional baggage from the past and unresolved conflicts as they undergo the challenging, yet necessary journey of emotional and spiritual cleansing. Sutliyan stars Ayesha Raza, Shiv Pandit, Vivaan Shah and Plabita Borthakur. It's set to premiere on ZEE5 on 4th March. Watch the Sutliyan trailer above...

After Nisha Rawal, now comedian Munawar Faruqui will get locked up in host Kangana Ranaut and producer Ekta Kapoor's jail. The new promo is out on the social media and his fans are going gaga over his participation.

Amazon Prime Video has announced standup special, featuring comedian Sumaira Shaikh. Sumaira promises to leave the audience in splits with her first standup special, premiering 25th February. She was previously associated with Amazon Prime as one of the writers and actors on Pushpavalli. The trailer of Dongri Danger, which sees Sumaira talk about road trips, her love for gangsters, and growing up in Dongri has also been unveiled. The special is produced by OML Entertainment Prt. Ltd., co-produced by Motormouth Writers Pvt. Ltd., and written and directed by Sumukhi Suresh herself. Watch Sumaira Shaikh's Dongri Danger trailer above...

It is being said that Karan Mehra is also entering as a contestant on Kangana Ranaut's reality show, Lock Upp. However, Nisha Rawal is ready to face all challenges and not be apprehensive whatsoever about any situation, even if that means facing her ex-husband, who she has previously accused of both physical and psychological domestic violence.