Lock Upp winner Munawar Faruqui surprised everyone by sharing a picture with his girlfriend, Panchayat season 2 trailer gets a positive response, and more; here are all the trending OTT news of the day... 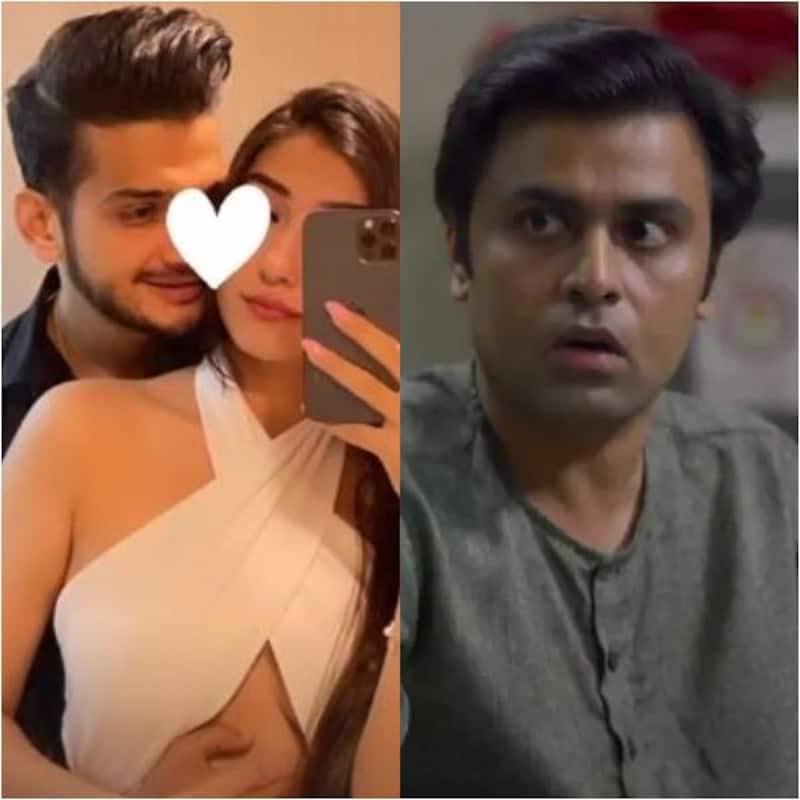 From Lock Upp winner Munawar Faruqui to Panchayat season 2 trailer, many celebrities, web series, and films made it to the headlines today. It’s Monday, the first working day of the week, so maybe due to work, you might have missed some important updates about your favourite stars or their OTT films and web series. But, don’t worry; we are here with the round-up of all the OTT news. So, below is the list of all the trending OTT news of the day… Also Read - Koffee With Karan 7: After Ranbir Kapoor, RRR stars Ram Charan, Jr NTR refuse to appear on Karan Johar's show [View Pics]

Lock Upp winner Munawar Faruqui shares love-soaked pic with his girlfriend, and it is not Anjali Arora; here's how netizens reacted
Lock Upp winner Minawar Faruqui had a romantic angle with Anjali Arora in the reality show. However, after winning the show, he has shared a picture with his girlfriend and it has gone viral. He captioned the picture as, “Bubby Bubby tera ni mai.” Well, his girlfriend is Nazila Sitashi. We are sure Munjali fans would be quite upset to know that Munawar has a girlfriend.
Read Full Story Here: https://www.bollywoodlife.com/web-series/lock-upp-winner-munawar-faruqui-shares-love-soaked-pic-with-his-girlfriend-and-it-is-not-anjali-arora-heres-how-netizens-reacted-2068093/ Also Read - Ankita Lokhande wears a plunging neckline dress but looks uneasy; netizens say, 'Uncomfortable hoti hein aur pehen na bhi zarur hai'

Panchayat 2 trailer: Jitendra Kumar is back in Phulera; gears up to battle new challenges with Neena Gupta, Raghubir Yadav in tow
After the super success of Panchayat season 1, now season 2 of the series is all set to premiere on Amazon Prime Video soon. It stars Jitendra Kumar, Neena Gupta, and Raghubir Yadav in the lead role. The trailer of the series has been released and it has received a good response. Panchayat 2 will premiere on the OTT platform on 20th May.
Read Full Story Here: https://www.bollywoodlife.com/videos/trailers/panchayat-2-trailer-jitendra-kumar-is-back-in-phulera-gears-up-to-battle-new-challenges-with-neena-gupta-raghubir-yadav-in-tow-entertainment-news-2068888/ Also Read - Trending TV News Today: Charu Asopa wants divorce from Rajeev Sen, Taarak Mehta Ka Ooltah Chashmah gets new Nattu Kaka and more

Koffee With Karan 7: Karan Johar shows off his ultra-glam avatar, gives a glimpse of the lavish set; fans say, 'Can’t waitttt' [View Pics]
Karan Johar is all set to be back with season 7 of Koffee With Karan, and fans are eagerly waiting for it. Karan has started shooting for the chart show and recently, he shared a few pictures from the sets. Koffee With Karan 7 will stream on Disney+ Hotstar.
Read Full Story Here: https://www.bollywoodlife.com/photos/koffee-with-karan-7-karan-johar-shows-off-his-ultra-glam-avatar-as-he-starts-shooting-for-the-chat-show-fans-say-cant-waitttt-view-pics-entertainment-news-2068526/

Zee5 announces its blockbuster lineup
Zee5 is one of the most popular streaming giants in India, and recently, they announced their blockbuster content slate for 2022 with 80+ titles spanning across Hindi, Tamil, Telugu, Punjabi, and Bengali languages. The slate encompasses 40+ original shows and 40+ movies. The slate of Hindi originals includes TAJ, Forensic, Duranga, and others. Many interesting films like The Kashmir Files, Jhund, Attack, and others are also slated to premiere on the OTT platform soon.

Buckle up to get blown away with these new blockbusters coming your way soon! Can't wait to binge? Us too! #DekhteyRehJaogey sirf #ZEE5 par pic.twitter.com/xDIoDeTD6V

Fatima Sana Shaikh says Modern Love is special for her
Fatima Sana Shaikh will next be seen in Amazon Prime Video’s anthology, Modern Love. The actress, who impressed one and all with her act in the trailer, recently posted on Instagram, “Verified Raat rani is so special to me. Releasing on 13th may on amazon #Raat rani #Modern love @shonalibose_ @maniyar.nilesh Thank you for giving me laali.”