Trending OTT News Today: The Boys season 3 finale trailer, The Lord of the Rings - the Rings of Power teaser and more

The Boys 3, Rasika Dugal, Mirzapur 3, Ranveer Singh, Ranbir Kapoor, Alia Bhatt, Karan Johar, Koffee with Karan 7, The Lord of the Rings the Rings of Power and Who is Ghislaine Maxwell have made it to the trending OTT newsmakers today 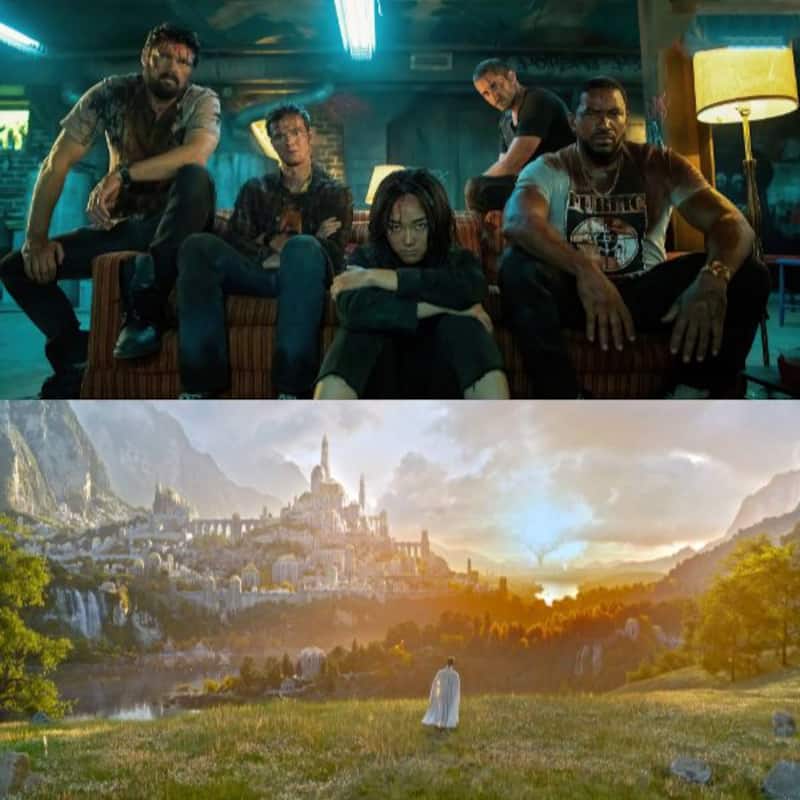 From The Boys season 3 finale trailer and The Lord of the Rings - the Rings of Power teaser to Who is Ghislaine Maxwell's producer, Katherine Haywood, opening up about her web series, Ranveer Singh's displeasure with Ranbir Kapoor and Rasika Dugal commencing Mirzapur 3 – it's time to take a look back at all that went down in the web world today, 6th July. Here's all what grabbed headlines to make it to the trending OTT news today... Ergo, it's time to make a note of the biggest OTT newsmakers who've made it to the trending OTT news today. Also Read - Aamir Khan-Karan Johar, Priyanka Chopra-Kareena Kapoor Khan and more: 5 times Bollywood stars ROASTED other celebs publicly

So, without further ado, here are the OTT newsmakers of 6th July 2022:

The Lord of the Rings - the Rings of Power teaser

Who is Ghislaine Maxwell's producer opens up about the show

Who is Ghislaine Maxwell, an upcoming docuseries on Lionsgate Play (release 8th July), follows the life of the daughter of one of the biggest media tycoons, Robert Maxwell. The crime documentary web series dives deep into the life of the famous former British socialite, Ghislaine Maxwell, and uncovers how she ended up helping American financier and sex offender Jeffrey Epstein abuse and sexually exploit underage girls. Katherine Haywood, producer, says, “I think the first thing we wanted to do was document her whole life, so it was biographical. One thing I was really interested in is delving deep into the part of her life before Epstein to see if there were traits that would suggest that she would go on to do this whether Epstein was around or not. And this is part of the thing where everyone always frames her in relation to him. Obviously, he is so interesting and horrifying that you do gravitate towards that story, but I had to keep pushing him away and focus on Ghislaine's life before him, so he wasn't intruding at all. We found some amazing stuff that suggests to me that it wasn't all about him.” Also Read - Trending Entertainment News Today: Laal Singh Chaddha-Raksha Bandhan BO war, Vijay Deverakonda FORCED to leave Liger event, Shah Rukh Khan annoyed and more

Ranveer Singh's reaction to Alia Bhatt'sstatement on Koffee With Karan season 7 is truly shocking, expressing h is displeasure when Alia Bhatt chose Ranbir Kapoor as a better dancer and angrily walks off from the show.

Rasika Dugal has posted a video on her Instagram handle, informing netizens that she has began the prep for Mirzapur 3. Rasika says, “I'm looking forward to reuniting with the cast and I'm delighted that Gurmeet is directing us in this season, too. It's reassuring to have a Director who knows the characters and the world of the story in and out. Divyendu and Kulbushan Ji will be missed.”

The Boys season 3 finale trailer is out, and teases fans with a power-packed coming together of Homelander and Soldier Boy.