From Nikkhil Advani and Disney+ Hotstar's The Empire teaser and Mani Ratnam's Navarasa release date to Amazon Prime's exciting lineup and the movie reviews of Collar Bomb and The Vigil; here's all what grabbed headlines to make it to the trending OTT news today 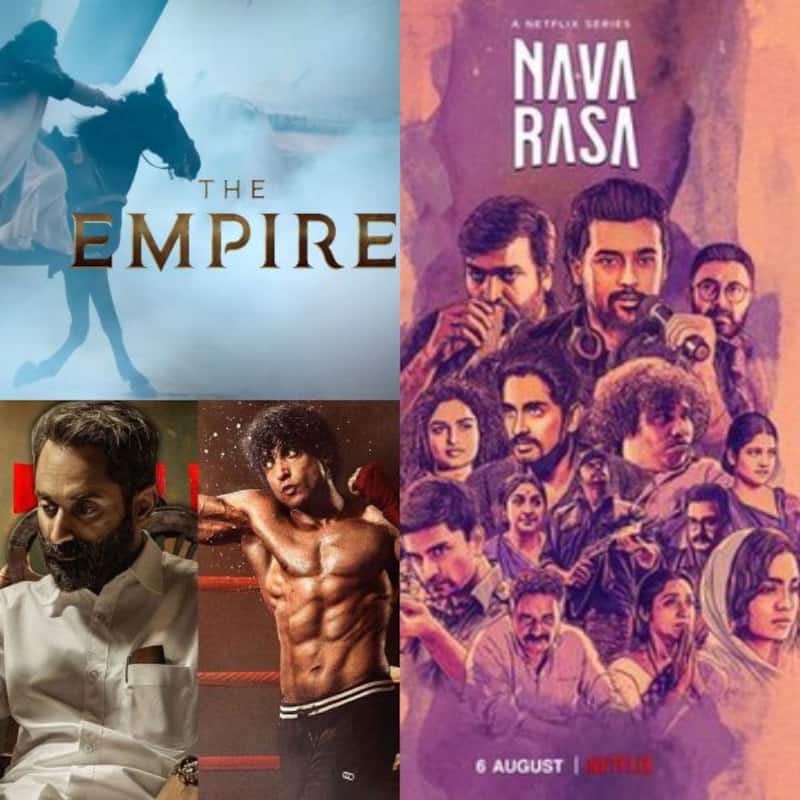 With another day full of eventful developments flashing by before you could realize it, it's time to look back at the biggest newsmakers from the OTT space who've made it to the trending entertainment news today. From Nikkhil Advani and Disney+ Hotstar's The Empire teaser and Mani Ratnam's Navarasa release date to Amazon Prime's exciting lineup and the movie reviews of Collar Bomb and The Vigil – here's all what grabbed headlines to make it to the trending OTT news today. Also Read - Ponniyin Selvan: Why Rajinikanth, Kamala Haasan, Vijay and other Tamil film industry biggies are silent on Mani Ratnam film's huge success? Here's what we know

So, without further ado, here are the OTT newsmakers of 9th July 2021:

The Empire, a monumental period adventure drama tracing the origins of a dynasty, is touted to be a magnum opus showcasing the life story of a warrior, adventurer, survivor and king, and is touted to be one of the grandest web series ever created in India. Also Read - Aishwarya Rai Bachchan-Mani Ratnam, Deepika Padukone-Sanjay Leela Bhansali and more HIT actress-director duos that have created magic on the big screen

Read the full story here: Navarasa annoucement: Suriya, Vijay Sethupathi, Revathi, Parvathy Thiruvothu and others come together to express 9 emotions through 9 stories and we can already feel the GOOSEBUMPS

Amazon Prime Video unveiled its exciting and exclusive lineup of Indian and International entertainment, for Prime Day. The line-up includes some of the most anticipated movies in six languages.

Manoj Hesi (Jimmy Shergill) is Manali's top cop, a sort of local hero albeit with a dark past, which returns to haunt him when the posh convent school where he wants his son to get admission into is taken hostage by a suicide bomber, who, as the film's title suggests, is wearing a 'collar bomb'. Is it a terrorist attack or is there more than meets the eye and how is it all connected to Manoj Hesi is what forms the crux of the plot.

Read the full story here: Collar Bomb movie review: Jimmy Sheirgill and Asha Negi's thriller is taut and tight until it hits a bump in the climax

In orthodox Jewish culture, when someone dies, a family member or an individual from the Rabbi community, acts as a shomer, staging an all-night 'vigil' for the deceased, while reciting prayers from holy Jewish texts for the smooth transgression of the soul to the afterlife. When Yakov Ronen, who recently quit the Rabbi community after a personal tragedy, is tasked with doing so with the lure of some fast cash, little does he know what he's getting himself into.

Read the full story here: The Vigil movie review: Old spooks in a new bottle that just about chills your spine