What to watch on OTT this weekend: Loved KGF 2? Here's the ultimate Bollywood masala movie binge list to stream now

If you can't get enough of KGF 2 and are wondering why the Hindi film industry doesn't do masala as well as the South, let's jog your memory with the best Bollywood masala movies to binge-watch on OTT platforms like Netflix, Amazon Prime, Voot Select and ZEE5... 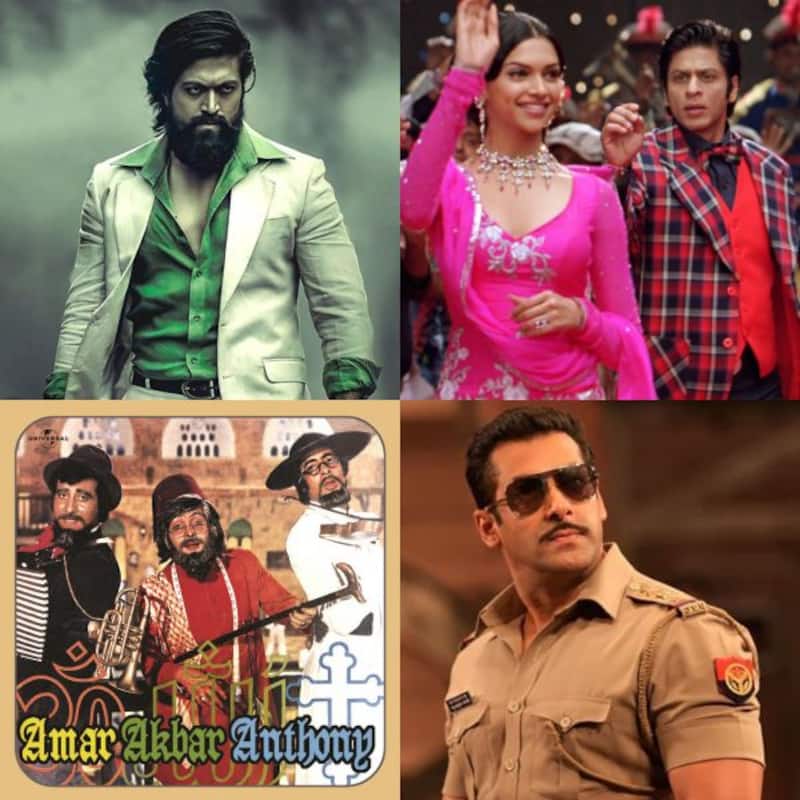 KGF 2 is doing the unthinkable at the box office both in the Hindi belt and the rest of India, too. Besides, becoming the first film to hit a century daily for 4 days in a row across India since opening, KGF Chapter 2 also posted the highest opening day, opening weekend and opening week for any film in the Hindi belt while also becoming the fastest to reach ₹250 crore nett in the Hindi market. The Yash, Sanjay Dutt, Raveena Tandon and Srinidhi Shetty starrer, directed by Prashanth Neel, also registered the third-highest opening of all time pan-India after RRR and Baahubali 2 besides finishing with a ₹748 crore gross worldwide, thus moving up to the eight spot among the highest grossing Indian movies worldwide of all time, having overtaken Baahubali and Sultan. Also Read - Trending south news today: Samantha Ruth Prabhu travels to South Korea for Myositis treatment; Ram Charan calls Kiara Advani stunning and more

So, if you can't get enough of KGF 2 and are wondering why the Hindi film industry doesn't do masala as well ass the South, let's jog your memory with the best Bollywood masala movies way before the South learned to add masala, or at least add it properly, and on which OTT platforms to binge-watch them, including Netflix, Amazon Prime, Voot Select, ZEE5, Disney Hotstar and Apple TV... Also Read - Ghum Hai Kisikey Pyaar Meiin: Siddharth Bodke thanks his fans for making his show No 1 [Watch Video]

The quintessential masala cop to top all others cops in the genre.

Often regarded as the big daddy of masala movies in Bollywood and a pioneer of the genre.

Another pioneer of masala movies in Hindi cinema.

This really puts the ‘rowdy’ into the double-role formula of masala movies.

A very different cop to that in Dabangg, but just as imperative and historic to masala films.

It's only fitting that a superstar intrinsic to the success of masala movies and vice-versa finds a second mention here.