What to watch on OTT this weekend: Samrat Prithviraj, Dhaakad, Stranger Things 4 Vol. 2 and more movies and web series you can binge-watch 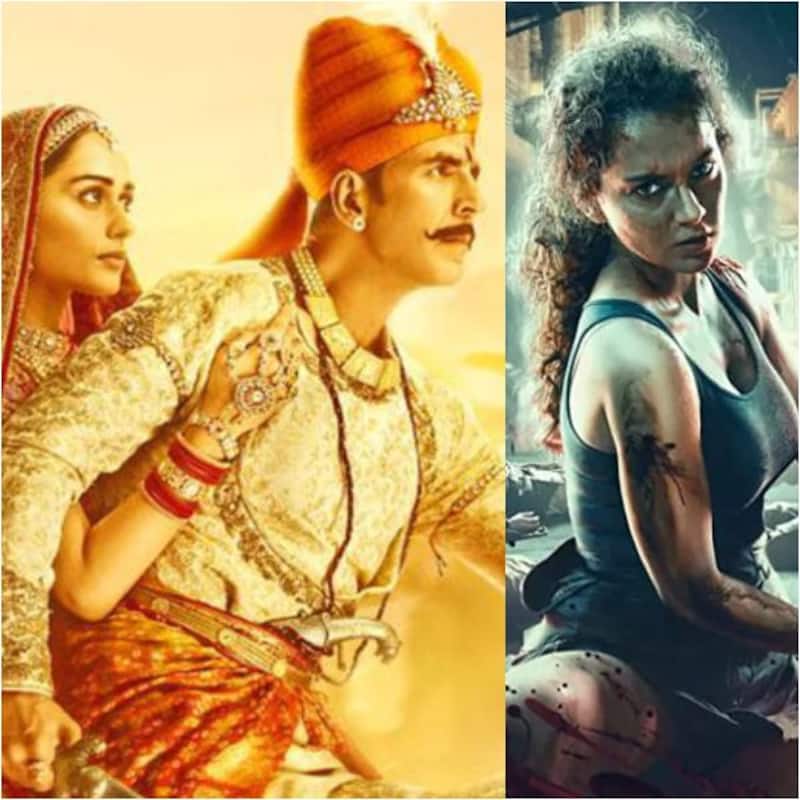 Last week, some interesting films and web series started streaming on OTT platforms, and even JugJugg Jeeyo hit the big screens. Now, this week, there are two films that have been released in theatres, Aditya Roy Kapur’s Rashtra Kavach Om and R Madhavan starrer Rocketry: The Nambi Effect. But, if you don’t want to watch a movie in the theatre, and just want to relax at home during the weekend, there are many films and web series that you can binge-watch on OTT platforms. So, below is the list of movies and series you can enjoy on OTT this weekend. Also Read - ICYMI: Anjali Arora's alleged MMS leaked online, Bipasha Basu flaunts baby bump, Raju Srivastava on ventilator after heart attack and more

Samrat Prithviraj (Amazon Prime Video)
Samrat Prithviraj starrer Akshay Kumar and Manushi Chhillar has started streaming on Amazon Prime Video today. Akshay took to Twitter to inform everyone about it. He posted, “A story that can only be experienced. Watch #SamratPrithviraj now only on @PrimeVideoIN #SamratPrithvirajOnPrime.” Also Read - Urfi Javed apologises to Chahatt Khanna for dragging her divorce in their nasty fight: 'It was low of me to comment'

A story that can only be experienced.

Stranger Things 4 Vol. 2 (Netflix)
Stranger Things 4 Vol. 1 was released on 27th May 2022 on Netflix, and today, Vol. 2 of the series has started streaming. Well, it will surely be on the binge-watch list of the people who love Stranger Things. Also Read - Pirates of the Caribbean star Johnny Depp all set to make his directorial comeback after 25 years [Deets Inside]

GRAB YOUR HEADPHONES AND START RUNNING UP THAT HILL. VECNA IS HERE.#StrangerThings4 is now streaming! pic.twitter.com/wR8KxoDrq1

Virata Parvam (Netflix)
Sai Pallavi and Rana Dagubatti starrer Virata Parvam didn’t do great business at the box office, and now, it has started streaming on Netflix. Sai tweeted to inform her fans about it. She posted, “Vennela from #VirataParvam is one of the most memorable roles I’ve had the good fortune of playing. It’s streaming on @NetflixIndia from today! And I’d like for you all to watch her journey! I can’t thank the team enough.”

Vennela from #VirataParvam is one of the most memorable roles I’ve had the good fortune of playing.

It’s streaming on @NetflixIndia from today! And I’d like for you all to watch her journey!

Dhaakad (Zee5)
Kangana Ranaut starrer Dhaakad was a disaster at the box office. But, if you missed watching it in theatres, you can now enjoy it on Zee5.

Agent Agni is ready to win you over with her #Dhaakad andaaz!

Anek (Netflix)
If you want to watch something hard-hitting, Ayushmann Khurrana starrer Anek is a good option for you. The movie started streaming on Netflix a few days ago.