What to watch on OTT today: Before Bhool Bhulaiyaa 2, check out Go Goa Gone, Stree and more horror comedies on Netflix, Hotstar, ZEE5 and other platforms

Prior to Bhool Bhulaiyaa 2 hitting the big screen, let's revisit the handful of horror comedies Bollywood actually got right and hope that the Kartik Aaryan, Kiara Advani and Tabu starrer is par for the course 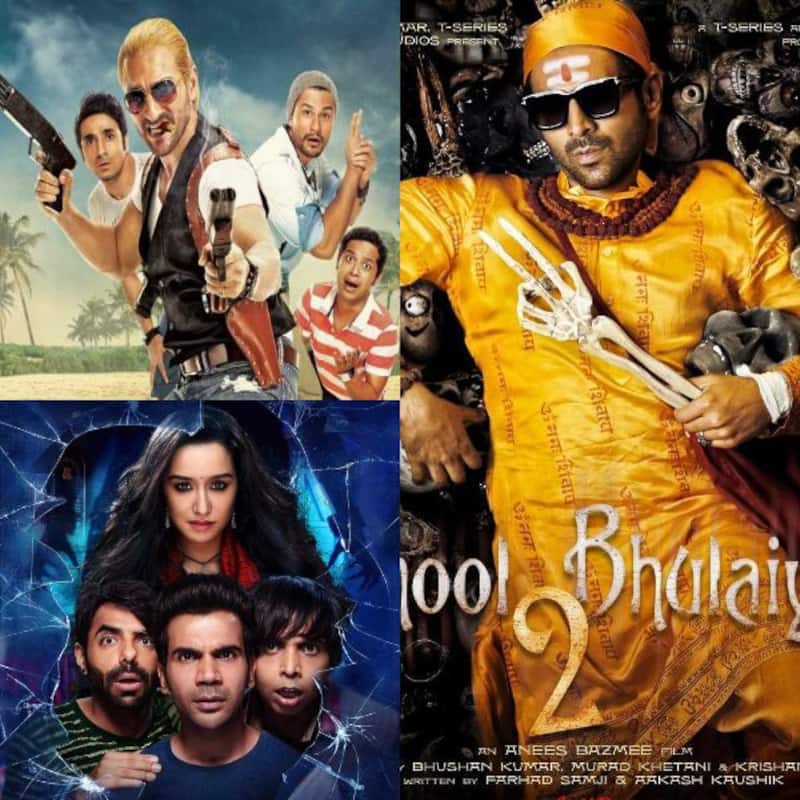 Horror comedies have been around since a long time, but have only recently begun gaining traction in Bollywood. Even in the South, they've been quite popular since a while, but it's taken Bollywood filmmakers and subsequently, its audience, their own sweet time to warm up to the sub-genre. Well, now that the idea has finally found its niche, the Hindi film industry is steadily churning out horror comedies at a periodic click, with Kartik Aaryan, Kiara Advani and Tabu starrer Bhool Bhulaiyaa 2 being the next in the offing. So, if you're in the mood of some humour mixed with scares prior to its release in theatres on 20th May, here are the five best Bollywood horror comedies you can watch right now on OTT platforms like Netflix, Hotstar, ZEE5, Amazon Prime, Apple TV and Jio Cinema. Also Read - Trending Hollywood News Today: Lindsay Lohan sparks marriage rumours; Jungkook and Charlie Puth in a BL relationship and more

Though a big hit, the Akshay Kumar and Vidya Balan starrer didn't manage to revive horror comedies despite releasing before Go Goa Gone. It still holds up well today.
Where to watch: Disney Hotstar Also Read - Bigg Boss OTT 2: Ranveer Singh will NOT replace Karan Johar as the host of the web series of controversial reality show

If Go Goa Gone brought horror comedies back into the mainstream, then the Shraddha Kapoor and Rajkummar Rao starrer gave them the boost they needed to really kick into top gear.
Where to watch: Netflix, Disney Hotstar, Apple TV and Jio Cinema

The Ajay Devgn starrer, from Director Rohit Shetty's insanely popular Golmaal franchise, is still the highest grossing horror comedy in all of Indian cinema, and with good reason.
Where to watch: Disney+ Hotstar

The OG when it comes to horror comedies in Indian cinema; Mehmood and Tanuja's flick is as funny as it's mysterious.
Where to watch: YouTube