What to watch on OTT today: Before Bhool Bhulaiyaa 2, check out Kartik Aaryan's biggest hits on Netflix, Amazon Prime and Voot

Before Bhool Bhulaiyaa 2 strikes gold at the box office like many in the trade are expecting it to, let's pause and take a look at some of Kartik Aaryan's erstwhile hit movies now available to binge watch on OTT platforms like Netflix, Amazon Prime and Voot 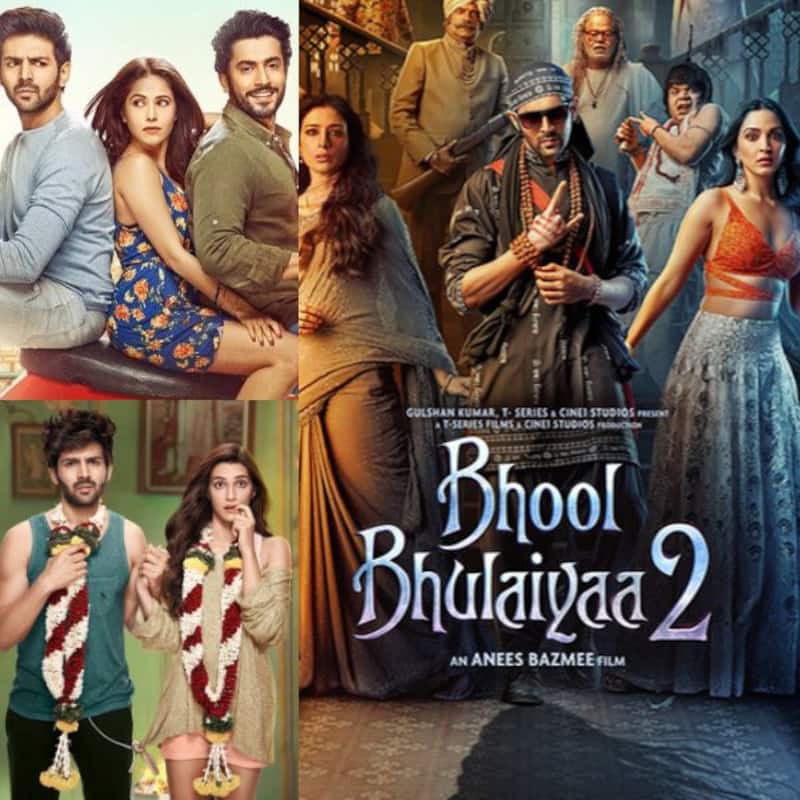 Bhool Bhulaiyaa 2 finally looks to set things in order for the Hindi film industry, which is going through its most horrific year of all, with Bollywood movies flopping left, right and center before the might of South film, so much so that even big-name ones are arriving and disappearing without much awareness. Well, finally the Kartik Aaryan, Kiara Advani, Tabu, Rajpal Yadav and Sanjay Mishra starrer, directed by Anees Bazmee is finally set to bring back some much-needed cheer to Hindi cinema after ages, with Bhool Bhulaiyaa 2 poised to take a very good opening all the Hindi belt. Also Read - Shah Rukh Khan STEALS the thunder with his cameo in R Madhavan's Rocketry: The Nambi Effect claim fans

So, Bhool Bhulaiyaa 2 looks to finally set Bollywood back on track as the advance booking for the Kartik Aaryan and Kiara Advani starrer, which also sees Tabu, Rajpal Yadav and Sanjay Mishra in key supporting roles, is tracing to very good numbers. However, before it strikes gold at the box office like many in the trade are expecting it to, let's pause and take a look at some of Kartik Aaryan's erstwhile hit movies now available to bine watch on OTT platforms like Netflix, Amazon Prime and Voot. Also Read - Sushant Singh Rajput to Harsh Varrdhan Kapoor; Rhea Chakraborty was linked up with these actors [Watch]

The definite movie of a guy looking out for his bestie even when it comes to said bestie's love life. Also Read - Sanjeeda Shaikh not letting daughter meet Aamir Ali since 9 months now? The actress breaks her silence

The movie that introduced Kartik Aaryan and more importantly, his now famous monologues, to the audience.

A worthy and pretty funny sequel to its predecessor even if it falls just short of being in the same league.

Thoroughly enjoyable in the mould of classic rom-coms with a hint of Hrishikesh Mukherjee old-school charm.

One of the few instances where a remake matches the original, and in some ways, is even funnier than it.