What to watch on OTT today: Before Kangana Ranaut's Dhaakad, check out the best female-centric action movies on Netflix, ZEE5 and other platforms

While we wait to watch if Dhaakad actually lives up to its trailer's promise, let's check out some of the best female-centric action movies, including Kill Bill, Salt and more, to binge-watch on OTT platforms like Netflix, Amazon Prime, ZEE5 and others 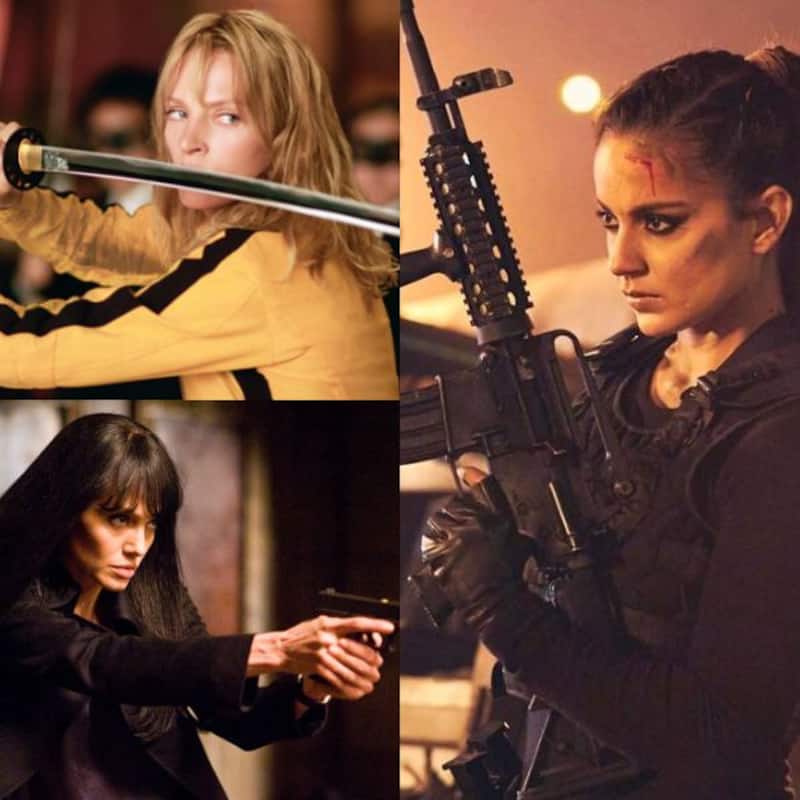 The Dhaakad trailer, which was launched on 29th April in the presence of the film's lead cast – Kangana Ranaut, Arjun Rampal and Divya Dutta – along with the producers and Director, Razneesh Razy Ghai, before a huge media contingent gathered at the prestigious PVR Phoenix Mall in Lower Parel, Mumbai, more than lived up to expectations, with an action movie coming along in Bollywood after a long time that looks slick, sleek, stylish and well mounted. Now, while we need to wait a few more days till 20th May to witness if Dhaakad actually lives up to the promise of its trailer, let's check out some of the best female-centric action movies till then to binge-watch right now on OTT platforms like Netflix, Amazon Prime and ZEE5. Also Read - Karan Johar reveals his first honest reaction after he learnt about Alia Bhatt's pregnancy

One of the best spy action movies out there be it with a male of female protagonist. Also Read - Ghum Hai Kisikey Pyaar Meiin cast salary: Ayesha Singh, Neil Bhatt, Aishwarya Sharma and other actors' pay per episode will leave you in shock

Sure the title says Mad Max, but it's Furiosa who steals the thunder in this awesome post-apocalyptic, road movie.

One of the best revenge flicks, with a mother returning from death's doors to avenge herself and protect her kids.

Another kick-ass, women-oriented, spy action film that's as smart as it's thrilling and adrenaline-pumping.

Addressing why it took her so long to finally deliver a film like Dhaakad and how does it feel now that it's finally happened, Kangana Ranaut said, “I've had a lot of low points, when at my best time I refused a lot of Khan-led films, Kumar-led films, Kapoor-led films. People used to call me up and ask, 'What you're doing, why are you're refusing all these great films?' I used to refuse to go to award functions, I would refuse so many top magazine photoshoots, and people would wonder, What's wrong with her? They would keep telling me, 'You don't know what you're doing, you're making a big mistake, you're at such a high, you should not be giving up on all this.' But I always thought to myself, how is this benefiting me, how is this helping me grow as both an artist an individual? So, I rather waited for what's right and then this (Dhaakad) came along.”

Dhaakad releases in theatres on 20th May.